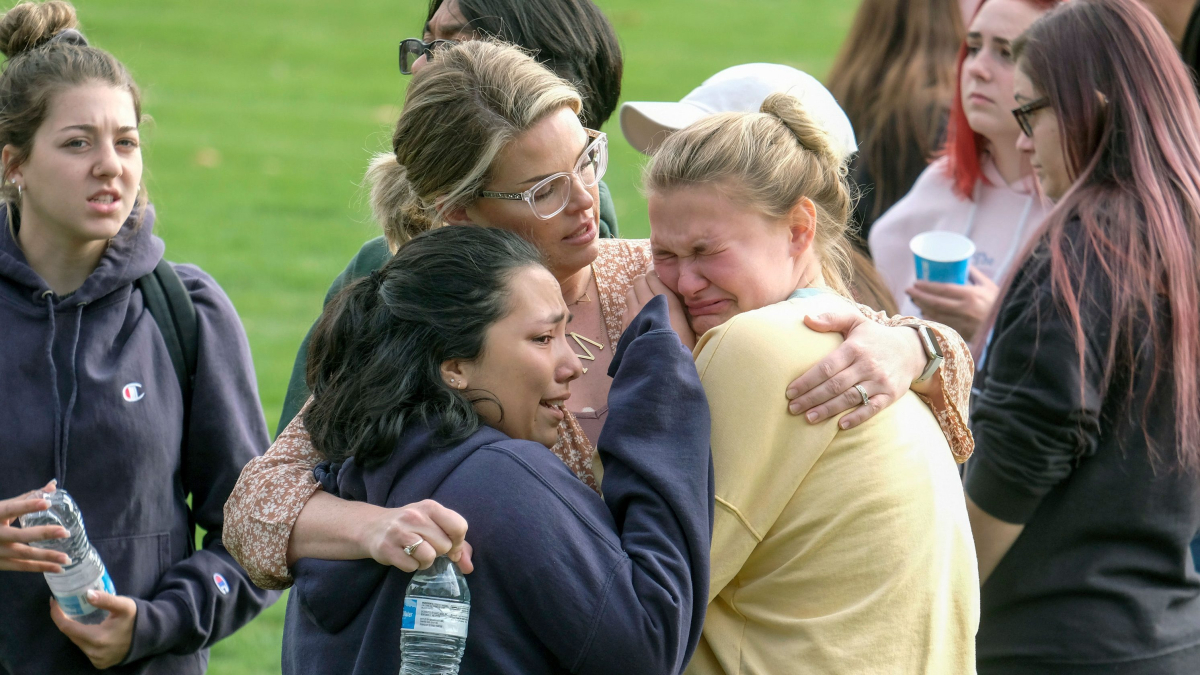 (CNN) – On Thursday morning, Cari Small Wright sat in the parking lot of a grocery store without knowing if her daughter would live or die.

"I stopped in the Albertsons parking lot with other parents who were as scared as I was," he told CNN on Friday.

His daughter Shaya, a student at Saugus High School in Santa Clarita, California, sent him a text message at 7:39 a.m., informing him that there was an active shooter at the school.

"With these messages I found out and my heart sank," Wright said. "Soon after, the school sent a text message."

A 16-year-old gunman opened fire with a .45 caliber pistol, unleashing 16 seconds of terror in the schoolyard. He shot five students, before shooting himself.

Shaya came out unscathed and remained curled up in the school's music library. Her sister, Ayla, also survived the shooting and told the Los Angeles Times that she saw an injured student being treated in the choir room.

But other parents who waited with Wright in the Albertsons parking lot would receive worse news.

"Some of those parents knew the children who died," he said.

Wright met with his daughter just after 11:00 a.m., when Shaya was among the last groups of students released.

She provided the text conversation with her daughter to CNN.

"When I think about the messages, I cry," Wright said.

Shaya: Hi mom, I don't know what's going on here at school, but I love you and I'm very grateful for everything you've done for me. I love you so much

Shaya: Everyone says there's a shooter on campus, I don't know what's going on, but I love you and Dad so much

Mom: I love you so much

Shaya: We're all crowded in the music library

Mom: Ayla is with you?

Shaya: I'm not sure, they told us to meet here

Shaya: Right now I think we are safe. We are with the police and they will escort us, I think