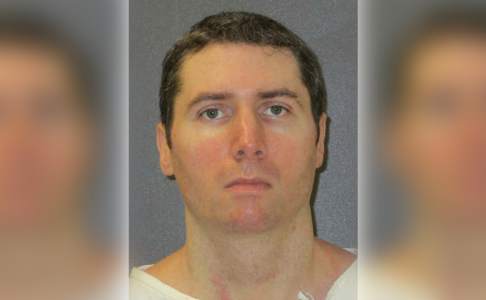 The state of Texas (southern US) executed Justen Hall on Wednesday, a white supremacist who in 2002 murdered a woman in a drug-related crime.

Hall, 38, was pronounced dead at 18.32 local time (22.32 GMT) after receiving a lethal injection at Huntsville Prison (near Houston), as reported by the Texas Department of Criminal Justice (TDCJ).

Hall committed the murder of Melanie Billhartz, for which he was executed, being released on bail for another homicide, that of Arturo Díaz, a transgender woman who identified herself as Arlene.

Read more: Police killed who participated in an operation against Ovidio Guzmán, son of "El Chapo"

The authorities considered Díaz's murder a hate crime, although he was not tried for that murder, but only Billhartz.

When asked about some final words before receiving the lethal injection, Hall apologized to the families of his victims.

"I would like to address the Roundtree – Billhartz families – and apologize for the pain and suffering I caused. And the Diaz for having put them through this, should never have happened," Hall said.

"And to my mother and Morelia – her sister – I love them and I will miss them," he added.

Hall was 21 years old and directed the local band of the neo-Nazi band Aryan Circle when in October 2002 he killed Melanie Billhartz in El Paso (Texas).

Among other activities, Hall and his colleagues were engaged in the production and trafficking of methamphetamine.

According to court documents, Billhartz engaged in an argument with Ted Murgatroyd, a member of the Aryan Circle, who ended up with the woman threatening to call the authorities, which would have led the police to the methamphetamine laboratory.

Hall then took the initiative and took Billhartz in his van, returning hours later with the dead woman.

As he confessed later, he killed her by strangling her with an electric cable.

The two neo-Nazis -Hall and Murgatroyd- then took the body to the New Mexico desert, where they buried it but cut their fingers first so it could not be identified by fingerprints.

Hall was arrested weeks later, when Murgatroyd confessed and led the authorities to the body.

Read more: Honduran shepherd is captured for rape of a minor in Spain

In 2016, Hall withdrew all of its resources and cut off contact with its public attorneys, thus accelerating the road to execution.

"I don't like the person I've become, and you have to kill me as the mad dog I am," Hall said in a letter to the judge informing him of the decision he had made to stop appealing his death sentence.

The lawyers, however, also tried to stop the execution by questioning in new resources the mental health of their client, but the courts rejected them.

Hall's was the eighth execution in Texas in 2019 and number 19 in the entire country.

Since the Supreme Court restored the death penalty in 1976, 1,509 people have been executed in the United States, 566 of them in Texas, more than in any other state.