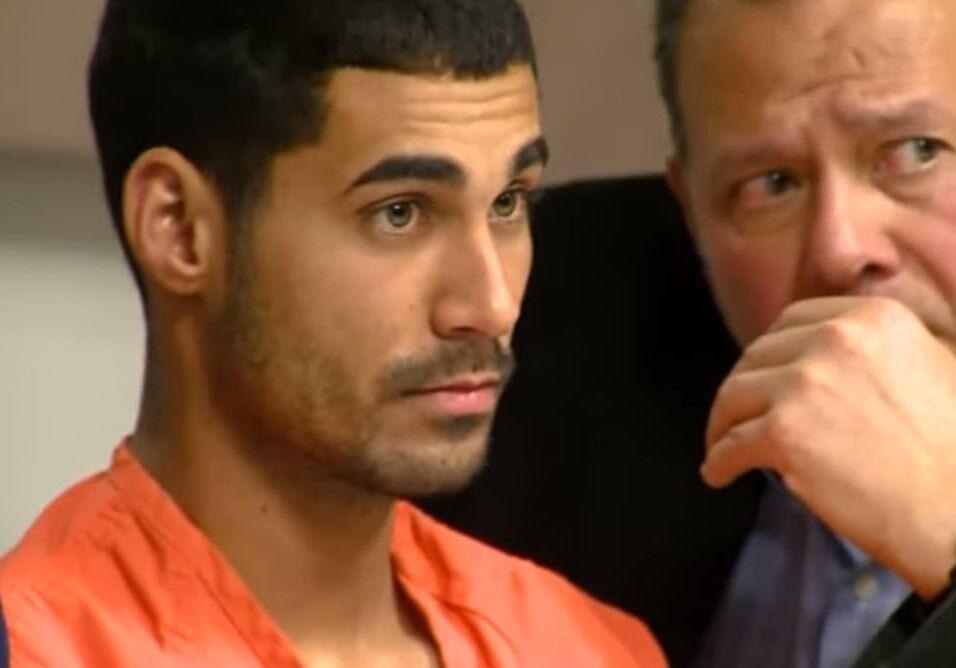 (Source CNN) – Rogel Aguilera-Mederos, a 26-year-old Cuban truck driver, was sentenced to 110 years in prison after being found guilty of four counts of vehicular manslaughter and another 23 counts for the collision of the truck that he was driving against other cars in Interstate 70 in Denver, Colorado, in 2019, an incident that left four people dead. The conviction has generated criticism and there are initiatives on the internet to reduce or forgive the man’s sentence.

Aguilera-Mederos was driving a semi-trailer in April 2019, traveling at 136 km / h (85 mph), when the brakes failed, he told investigators at the time. He tried to stop off the track to avoid stopping traffic, but another truck had stopped there, according to an arrest affidavit. “Rogel said he thought he was going to die, so he closed his eyes before hitting the stopped traffic,” the document states.

Authorities said there was no evidence of drugs or alcohol in the accident.

The accident resulted in a collision of 28 cars and trucks, the Lakewood Police Department said at the time. Aguilera-Mederos was found guilty in October and convicted, according to the Colorado First Judicial District Attorney’s Office.

There is a campaign on the Change.org platform called “Offer commutation for time served or grant pardon to Rogel Lázaro Aguilera-Mederos” that as of Friday has more than 3 million signatures, and has the goal of collecting 4.5 million.

“We all know about the accident that happened on I-70 in Denver, Colorado. Most of us have heard the facts of the case. Rogel Lazaro Aguilera-Mederos, 23, has nothing on his driving record or his record criminal, “says the campaign.

“He has complied with each and every request of the Jefferson County Courts and investigators in the case. He has passed every drug and alcohol test he was given, including a chemical test. This accident was not intentional nor was it a criminal act by drivers, “says the campaign.

“There are many things that Rogel could have done to avoid the courts, but he took responsibility and came forward and severely apologized to the families of the victims. Some of the families even gave their forgiveness. Rogel is not a criminal,” says the text by Heather Gilbee, who created the campaign.

The social media group La Familia Cubana has promoted the campaign and posted content on Instagram denouncing what they believe is an “injustice” and compar ing Aguilera-Mederos’ sentence with that of Nikolas Cruz, who pleaded guilty to the Parkland massacre, that left 17 dead. Cruz could face the death penalty at an upcoming sentencing hearing. “From one to the other there is a lot of difference, a murderer and a working boy, the American wanted to kill his school friends, the Cuban took the food in his truck to the stores so that thousands of Latin Americans etc from this country could eat”, says the viral publication that has almost half a million ‘likes’.

Why is the sentence so high?

Aguilera-Mederos was sentenced to the minimum available to him on all counts, to be served consecutively, totaling 110 years, according to Colorado Judicial Department spokesman Rob McCallum.

Colorado District Court Judge A. Bruce Jones said he was subject to mandatory minimum sentencing laws in the state, according to CNN affiliate KMGH.

“Colorado law requires courts to sentence the majority of people sentenced for certain categories of crimes to a mandatory minimum period of incarceration,” according to the Colorado General Assembly website.

“There will be an appeal on the facts and errors made at the trial,” said attorney James Colgan, who represents Aguilera-Mederos. Colgan told CNN that Aguilera-Mederos does not deserve to die in prison.

“The problem with this appeal will not be the sentence itself. Under the law, the court was not wrong. However, the law, as written, is barbaric and draconian,” Colgan told CNN. “There needs to be a change in the law.”

Aguilera-Mederos closed his eyes in fear moments before the crash

Rogel Lázaro Aguilera-Mederos thought he was going to die and closed his eyes before his truck crashed into traffic, causing a massive fire.

A witness told police that before the accident he noticed something was wrong when he saw Aguilera-Mederos “with wide eyes” and “with an expression of terror on her face,” the affidavit states.

In 2019, Robert Corry, an attorney representing Aguilera-Mederos, said his client was “very sad” and was cooperating with the police.

Aguilera-Mederos has a Texas commercial driver’s license. The suspect’s brother, Daniel Aguilera, said Rogel is Cuban and a permanent resident of the United States.

People got out of the vehicles and pulled out those who were trapped as flames spread through the wreckage surrounded by piles of wood.

The four people who died were trapped in their vehicles and their remains were unrecognizable, according to court documents.