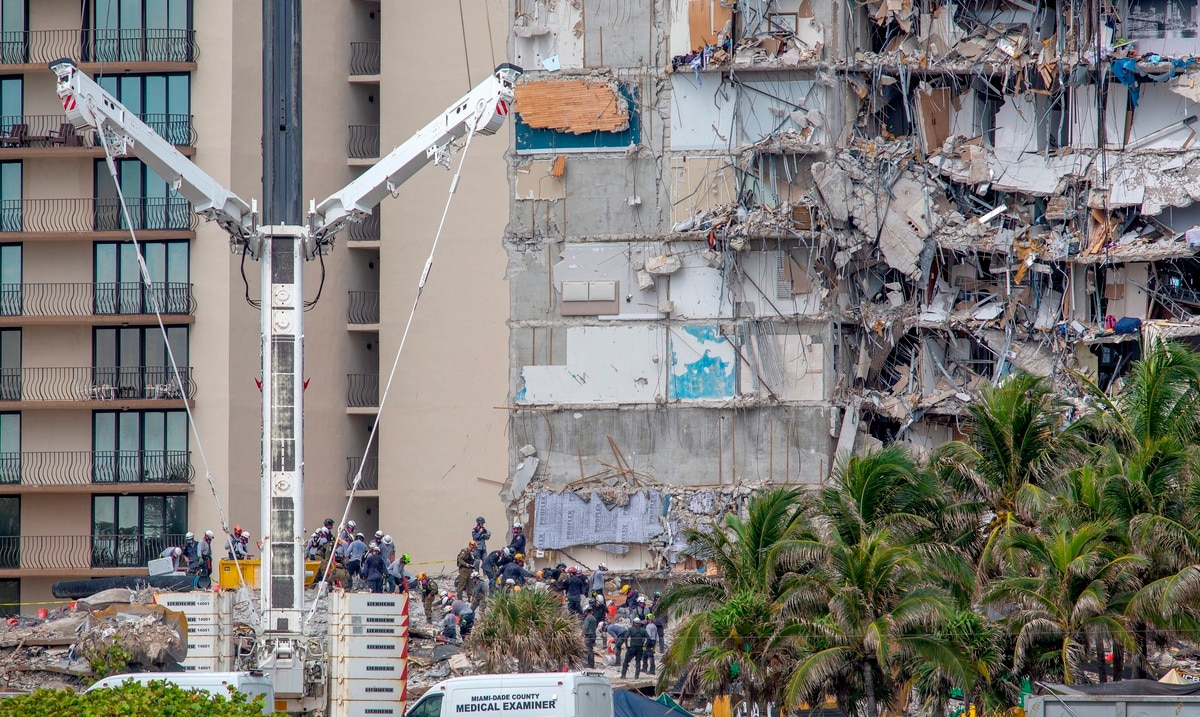 Authorities identified fatality number 12 on Wednesday after the collapse of the Champlain Towers South residential building in Miami.

According to the Miami-Dade County Police, the body of Hilda Noriega, 92, was recovered yesterday, Tuesday. The woman was reported to be the mother of the North Bay Village City Police Chief.

Miami-Dade County Mayor Daniella Levine Cava explained that there are 149 people whose whereabouts remain unknown. The official added that rescue efforts will continue, although the process of auditing the list of missing persons has been made difficult due to a problem of duplication of information.

#UPDATE 34: We have identified an additional victim that sadly and unexpectedly lost her life in the tragic Surfside building collapse. Please keep her family and loved ones in your prayers. pic.twitter.com/YMFJ46O1Mi

At the moment, the rescue units have recovered and identified three Puerto Ricans who died after the collapse of the building on June 24: Frank Kleiman, 55; his partner, Ana Ortiz, and Ortiz’s son, Luis Bermúdez.