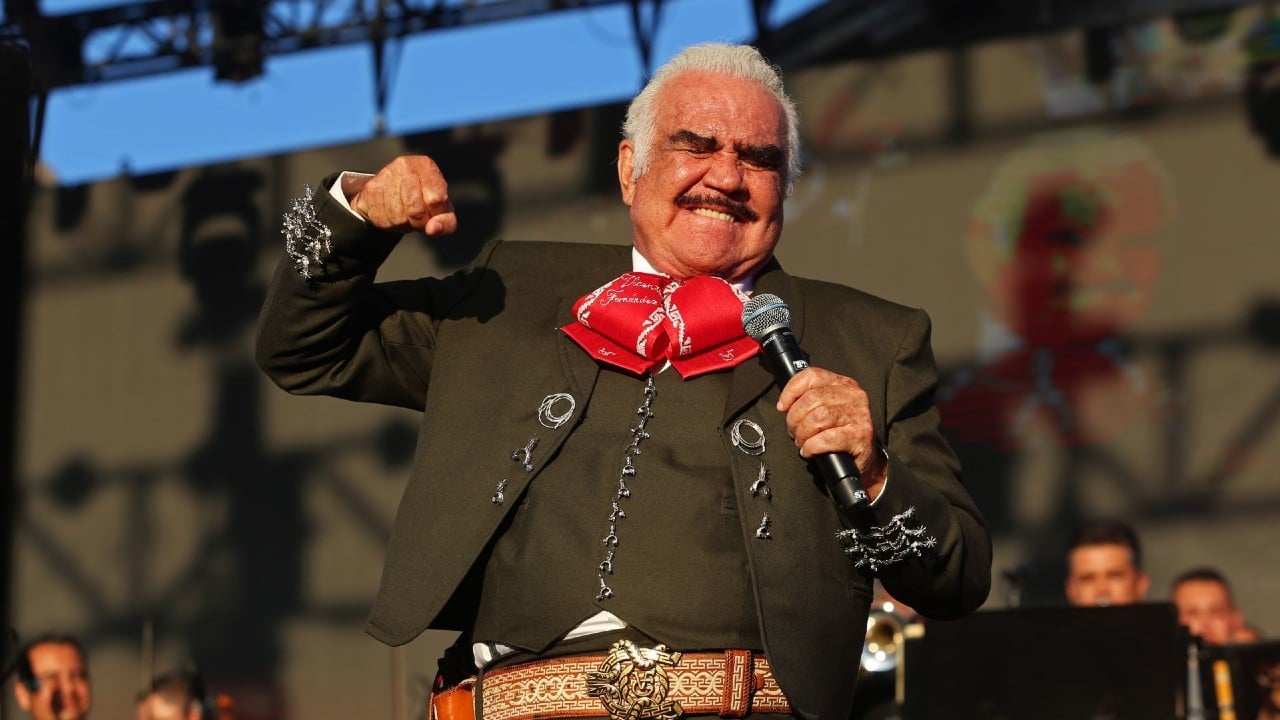 After 30 days in hospital, there are not a few people who are aware of the health of the singer Vicente Fernández. A video recently began to circulate on social networks where the icon of the regional Mexican genre clearly says what song he wants them to play when he dies.

The video was captured in a presentation he gave next to his son Alejandro Fernández, where before performing the song Volver, Volver, Vicente Fernández said the following:

This bit of song is very special to me. The day they bury me, everyone is going to sing it on television or wherever they are watching.

And although he assured at that time that this would be many years away, the truth is that his state of health worries his fans. This despite the fact that the interpreter retired from the stage some years ago.

Vicente Fernández has been hospitalized for a month after he had to undergo a tracheostomy. However, his family issued a statement on September 6 to report his health. The public statement reads as follows:

On behalf of the Fernández Family and their doctors, we thank you for continuing to monitor the health of Mr. Vicente Fernández. Today, September 6, 2021, with a 30-day hospital stay. In general, he has remained stable with a stationary evolution, mainly in relation to his neurological condition and mobility. Currently, he continues in the intensive care area under close medical supervision.

His doctors keep him fed through a tube because of the procedure he had to undergo. Although his health remains critical, he remains stable.