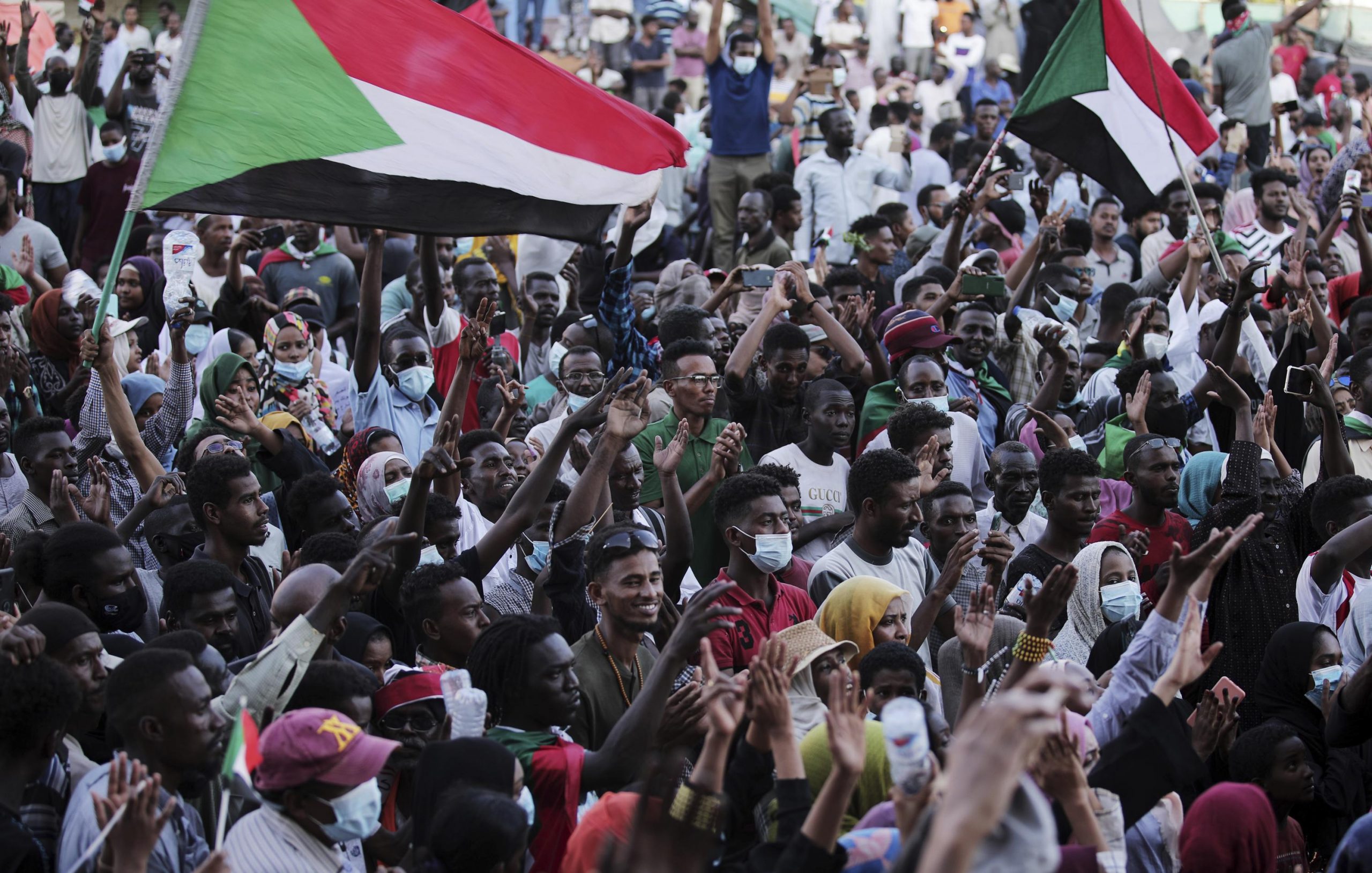 CAIRO (AP) – Tens of thousands of Sudanese took to the streets of the country on Saturday in the largest pro-democracy rally since the army took power a few days ago.

The coup, condemned by the international community, threatens to derail Sudan’s shaky transition to democracy, which began in 2019 when the autocrat Omar al-Bashir was overthrown. Since then, military and civilian leaders had ruled in a troubled society.

Democracy promoting groups called for massive protests across the country to present demands for the reinstatement of an overthrown transitional government and freedom for detained political figures.

The United States and the United Nations had warned the president of Sudan, General Abdel-Fattah Burhan, that they consider the army’s treatment of the protesters as a test and called for control.

Burhan has stated that the transition to democracy will continue despite the military takeover and that he will soon install a new technocratic government. The pro-democracy movement in Sudan fears that the military has no intention of easing its control and appoints politicians it can control.

Saturday’s large turnout is likely to increase pressure on the generals, who already face mounting condemnations from the United States and other Western nations for reinstating the civilian-led government.

Crowds began gathering on Saturday in Khartoum, the capital, and its twin city Omdurman. The participants chanted “Surrender, Burhan” and “Revolution, Revolution.” Some held signs that read: “It is impossible to go in reverse.”

The mobilizations were called by the Sudanese Professionals Association and the so-called Resistance Committees. Both were at the forefront of the uprising that forced the resignation of the autocrat Omar al-Bashir and his allied Islamist government in 2019. Among their requests are the dismantling of the military council that now governs the country, led by Burhan, and the handover of power. to civilians. They also demand dismantling paramilitary groups and restructuring the army, intelligence and security agencies.

The three protesters who died were shot in Omdurman. One on the head, one on the stomach and a third on the chest, according to the Sudan Medical Committee and the protesters.

The committee, part of the Sudanese Professionals Association, said that security forces used live ammunition against protesters in Omdurman and elsewhere and counted more than 110 wounded, some with bullets, in Khartoum, Omdurman and the western province of Al- Qadarif.

Sudan police denied using live ammunition and said in a statement that police officers were injured in shootings. He added that they used tear gas to disperse groups of protesters who allegedly attacked his forces and “important posts.” The statement did not provide further details.