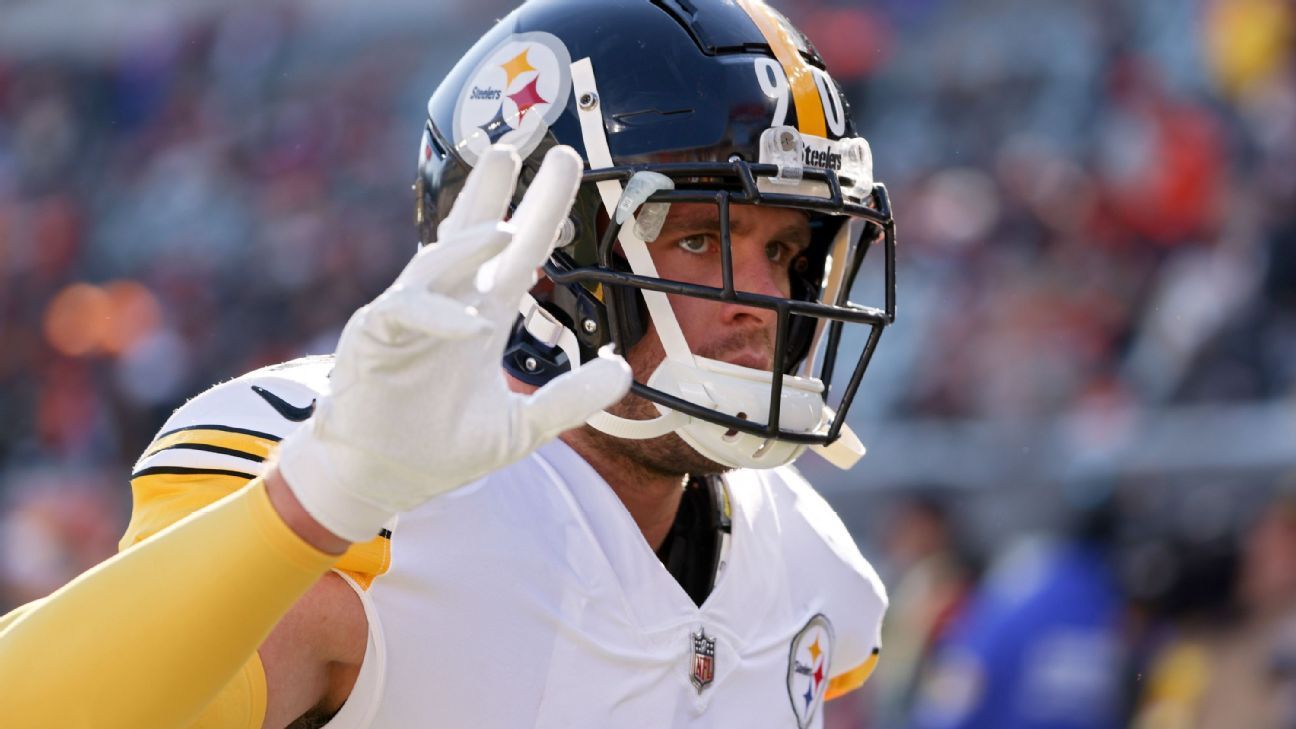 Watt recovered from COVID and will be able to play Ravens

PITTSBURGH – Less than a week after testing positive for COVID-19, Steelers defender TJ Watt was activated from the reserve / COVID-19 list before Sunday’s game against the Baltimore Ravens.

Watt tested positive for COVID-19 on Monday and came off protocols with a second negative test on Saturday morning.

Watt’s return is critical for a shaky defense that won’t have cornerback Joe Haden (foot). Defensive lineman Isaiah Buggs (ankle) and inside linebacker Robert Spillane (COVID-19) are also out, while defensive linemen Cam Heyward and Isaiahh Loudermilk missed practice Friday due to illness. Neither received an injury designation in the final training report, but the Steelers monitor each other’s situation.

Watt has 12.5 sacks on the season, second in the NFL behind Myles Garrett (14.0) of the Cleveland Browns.

Due to being isolated due to league protocols, Watt was unable to practice with the Steelers during the week, but remained virtually involved and defensive coordinator Keith Butler noted that he prepared by counting Watt against the Ravens.

“I hope I do, but we have to plan that we don’t have it,” Butler said Thursday. “We always have to do that. If we catch him, it will be a benefit to us.”

Ravens coach John Harbaugh also told reporters that he is confident the Steelers would have Watt available.

The moment gave Watt a chance to further rest the knee and hip injuries suffered against the Detroit Lions on Nov. 14. Watt missed the loss to the Los Angeles Chargers through injuries, but returned the following week against the Cincinnati Bengals.