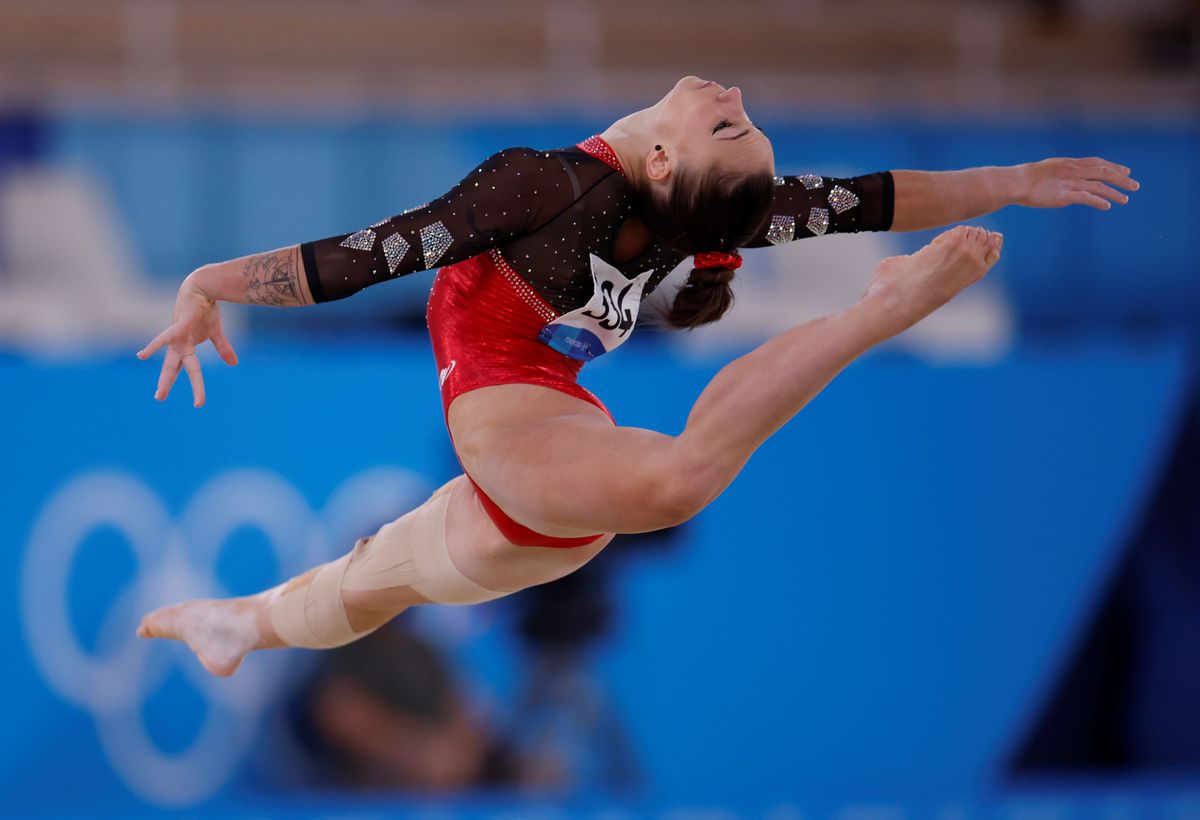 The silence of the gymnastics room. Dry blows of muscles against wood. Strong footsteps on the bar. Bumps, stumbles. Whispers that resound like booming voices.

And on the ground Roxana Popa’s sun-yellow eyelids shine and her right knee creaks, three operations on the anterior cruciate ligament and two on the meniscus, and she is 24 years old, and in her first Games, finally, because since she was a youth she had been asking for passage, everyone thought that the gymnast from Alcorcón would reach the final. The silent room, already empty of the claque of Americans who had left in troops behind their stars (the Spanish team competed in the fourth subdivision, the penultimate), contemplated his sadness, his right leg, reinforced with thighs, knee pads, anklets, from top to bottom, and a score that leaves her far from any hope on the ground, the device in which she conceived hopes of a medal. “I come with a mummified leg, but I don’t want it to be an apology,” says Popa, who is stronger than his knee, much more, with a double pirouette jump on the rack, an exercise whose preparation involves torturing various joints hours a day, and with a magnificent aerial flight in the asymmetric ones, the apparatus of the great specialists, the most hated by Simone Biles, and that comforts her. He thought he would end up booking for the full contest on Thursday, but reality improves his hope: he finishes 21st, out of 24, and will have to continue torturing his knee the day the world awaits the heyday of the Texas star. “A few small imperfections have pushed me to the ground.”

The young Spanish team, four Olympic debutants, Popa, Alba Petisco, Marina González and Laura Bechdeju, finished 12th and hopeful. “After qualifying in the last World Cup”, they agree, Tokyo 2020 is just one step, one point and followed, towards Paris 24 “.

On the raised platforms, the joy of Ray Zapata’s Saturday night still resounds, who in his second Games, at the age of 28, and four after breaking his Achilles tendon, qualifies for the floor final. The boy from Lanzarote, not so young anymore, as he is even a father, follows in the footsteps of his hero Gervi Deferr, the double Olympic champion of La Mina, who always reminds him of the Firestone ad, control, Ray, control, power without control is disaster, you have to nail it. He gets, for the first time, to pass 15 points, and although he is fourth in the qualification, he is already a medal level, and, on top of that, Zapata number two has been saved for the final – double somersault on plank with pirouette and a half–, the new item that you have already named after yourself. “I’m going to nail, not to survive like before,” says the gymnast prepared by Fernando Siscar, who will count against him with the little time he has been able to on the Tokyo track, a new model that other countries installed in their gyms to their athletes to adapt, but not Spain, which was only able to send men to Switzerland for a few days to test it. And Deferr prays that he does not remain fourth on Sunday 1 in the final as he was on the ground in Athens, and it was as if a knife were stuck in his heart.

His qualification abates the disappointment of the men’s team, which finished 12th in a classification in which the first three (Japan, China and Russia, or ROC) are separated by a third of a point, so close together, and did not enter the final. , which was the goal. The fall in the bar start of Néstor Abad, precisely the team leader, the most professional of all, weighed down a very young team in which the rookies Joel Plata, 23 years old and first reserve for the final of the full contest, stood out. and Nicolás Mir, the youngest (20 years old) and third reserve for the floor final. Their Games will be those of Paris 24, so close already.

And all over the gymnast globe the pumbaa is still heard! from the night before of King Kohei Uchimura, who falls on his ass – his left hand has not reached the bar after an acrobatic and complicated spin in the air – and in such an unfunny way leaves the Games forever, in his country, at 32 years old, the best gymnast in history for many, double Olympic champion of the complete competition (London 12 and Rio 16, and silver in Beijing 08), 161 centimeters of power than in his last competitive year, a year too late due to the pandemic, with his back crushed, he tries to hold on to the bar, the only device he manages to sneak into, to say goodbye comme il faut. But the bar betrays him. He, perplexed, gets up. “It had never happened to me,” he says. “Getting here was complicated.” He says goodbye in silence, with no one around to cry. The young Daiki Hashimoto, 19 years old, first in qualifying, promises to hold the bar tightly in his honor.

Subscribe here to our special newsletter about the Tokyo Games