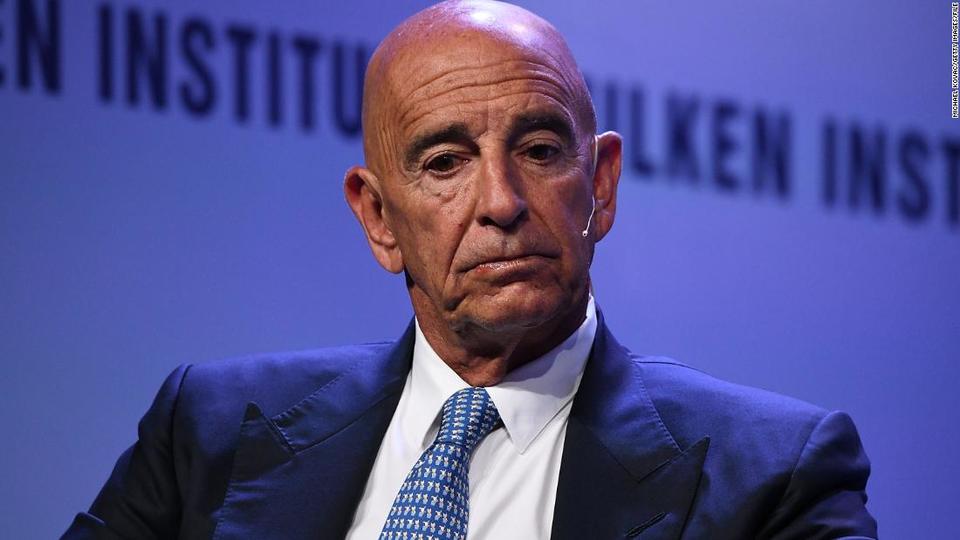 Tom Barrack, a former adviser to former President Donald Trump accused of lobbying in foreign countries in favor of the United Arab Emirates (UAE), was released from prison on Friday after posting bail of 250 million dollars.

Barrack, who has been released from prison awaiting trial, will also have to wear a GPS tracking bracelet and has been barred from transferring amounts of money to foreign countries. The court has also restricted his ability to move to only a few areas of New York and Sout hern California.

In the lawsuit, the Justice Department requested pretrial detention for Barrack while he was transferred to New York for his appearance and listed him as a serious flight risk because of his “great wealth,” his overseas connections and his access to private jets.

As reported by the television network CNN, he will have to appear in a federal court in Brooklyn, where he is registered, on Monday. A spokesman for Barrack has said he intends to plead not guilty to the charges against him.

Barrack was charged Tuesday with lobbying foreign countries on behalf of the UAE, in a case that federal prosecutors have described as an attempt to influence foreign policy positions in both the tycoon’s 2016 presidential campaign and the subsequent administration.

He is charged with seven counts of acting as a UAE agent between April 2016 and April 2018. He is also charged with obstruction of justice and lying to federal agents.

Specifically, Trump’s former adviser and two other men — Matthew Grimes of Aspen, Colorado, and Rashid al-Malik Alshahi, an Emirati citizen — capitalized on Barrack’s status as a senior adviser during the tycoon’s campaign to “promote and provide Intelligence to uae interests, while failing to report that his actions were carried out under the direction of senior UAE officials.”

Barrack was in direct and indirect contact with a senior United Arab Emirates official, according to the charges, and referred to Al Malik Alshahi as a “secret weapon” to advance his U.S. foreign policy agenda.

Barrack was the chairman of Trump’s inauguration committee, though the charges on which he has been indicted appear unrelated to the event.