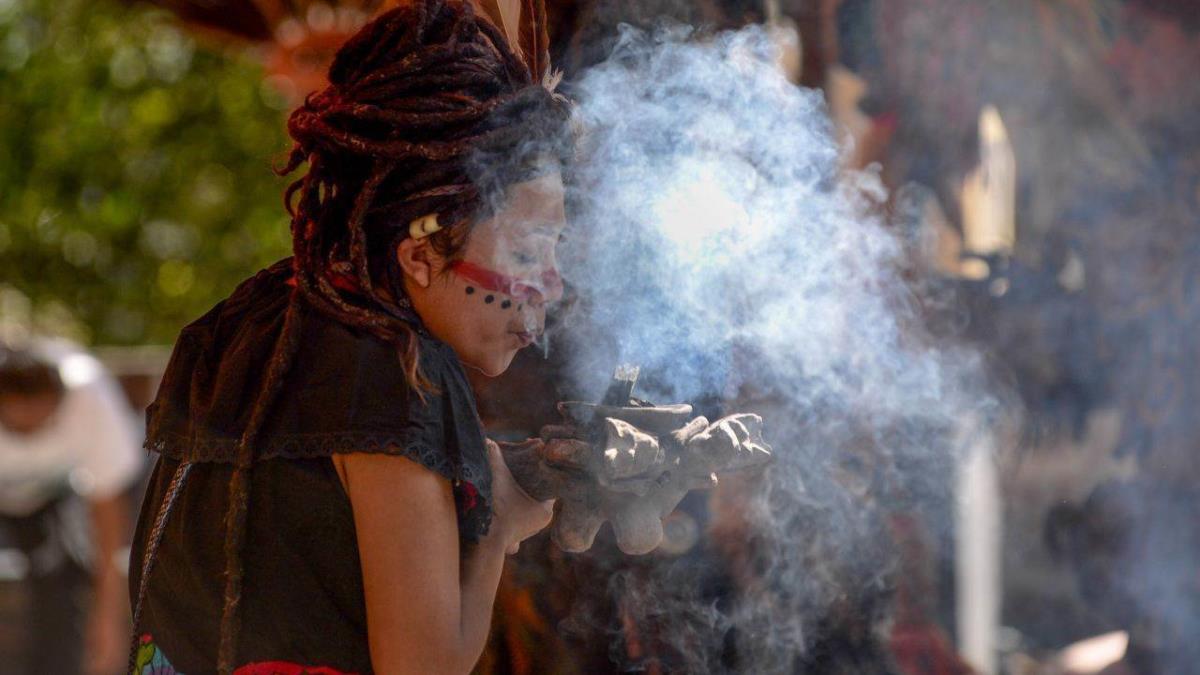 As part of the support and promotion of the Totonac School of Medicine project, the National Autonomous University of Mexico (UNAM) through the University Program for the Study of Cultural Diversity and Interculturality (PUIC) has the objective of transmitting its knowledge to new generations. about health care.

This school of traditional medicine emerged after about 70 traditional doctors approached the PUIC specialists four years ago in order to propose a space and study plan that provides the opportunity to transmit knowledge to the youngest.

For her part, the researcher of said program, Carolina Sánchez García, mentioned that said project did not have to arise from the UNAM but rather as something from the indigenous groups of the region.

“Seeing that more and more young people seek to migrate to the United States, they feared that this knowledge accumulated over centuries would soon be lost, and forever,” the specialist mentioned, referring to the native communities.

In the same way, he said that the importance of this project and others of this type lies in the fact that within the country there are many indigenous communities that do not have the necessary medical facilities, for which the first contact that patients have is with traditional doctors, healers and midwives.

“If the health complications in the indigenous communities are serious, without the healers they would be even more serious, because they do not have communication channels in their communities, means of transportation or resources to get to a hospital or care center on time, the Traditional doctors end up being the only ones there to solve problems,” said Sánchez García.

Said project, which corresponds to the School or Pukgaltawakga Likuchu, in the Totonac language, is a collaboration between the PUIC, the Center for Indigenous Arts and professors from other institutions such as the Universidad Veracruzana.

For its part, the first diploma course has already been prepared, which began in October 2019 and concluded in February 2020, where there were 13 graduated students who received lessons from UNAM specialists, temazcaleros, midwives, healers, sobadores and herbalists.

One of the objectives of this initiative is to unite the ancestral knowledge of traditional medicine with modern medicine, for which the researchers include anthropologists, pedagogues, botanists and specialists such as Roberto Campos, who belongs to the Faculty of Medicine and seeks to analyze and discover the various ways in which traditional and conventional medicine can come together.

Such is the case of a disease that is commonly called “empacho” which, thanks to the efforts of experts, has been given scientific support.

Similarly, the graduates of said school will be called “dialogues of health” which is a word chosen by traditional doctors and indigenous spiritual guides so that students are not only seen as healers or herbalists.

The PUIC specialist, Carolina Sánchez, said that people who complete their studies in this new school must have official recognition, since if they do not have this, there is a risk that knowledge about traditional medicine will remain dead or simply disappear. .