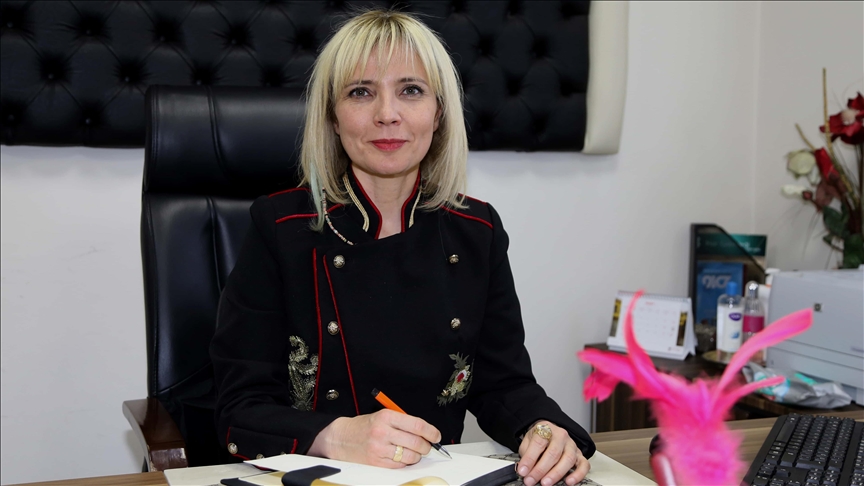 Zeynep Cakir, an academic in the field of medicine at Ataturk University in Turkey, was chosen as the inspirational leader of the year at the World Academic Congress on Emergency Medicine in India.

Cakir, speaking of his recognition, stated that women in Turkey are much more fortunate than those living in other parts of the world because they have obtained basic rights and freedoms for many years.

“In my country, as in practically all other societies, women still have to work harder than men to be successful. This need often makes them stronger. My case is no exception,” said Cakir, president of the Department of Emergency Medicine at Ataturk University, located in Erzurum province, northeast Turkey.

Cakir was awarded the prestigious distinction at the Women Leaders Symposium held with in the framework of the World Academic Congress on Emergency Medicine.

The also vice president of the Turkish Association of Emergency Medicine Doctors and head of the emergency room at the Ataturk University hospital explained that being a doctor in this area has helped her in life.

“The fine line between life and death is the central challenge of emergency medicine and I am happy to be a female leader fighting in this field,” she highlighted.

Cakir is one of 17 academics from countries such as the US, India, Brazil, Sri Lanka and Qatar who expressed their opinions at the symposium of women scientists from around the world who lead the emergency medical community.

The event discussed the difficulties of emergency medicine and events related to COVID-19.

The Turkish doctor said that at the symposium she shared the perspectives and experiences of the leaders and expressed her gratitude to the rector of her university, Omer Comakli, for his support in the emergency medical services.

* Merve Berker and Aicha Sandoval Alaguna contributed to the writing of this note.
The Anadolu Agency website contains only a portion of the news stories offered to subscribers on the AA News Broadcast System (HAS), and in summary form.