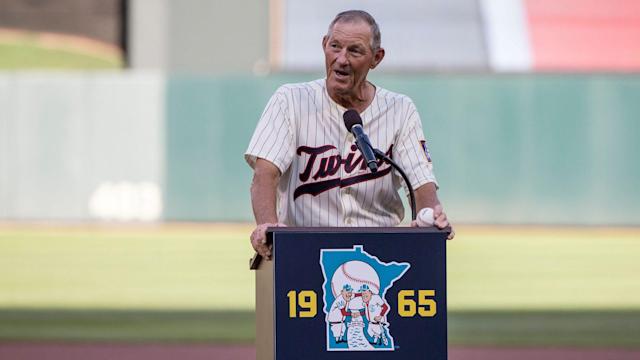 MINNEAPOLIS (AP) — The Minnesota Twins are retiring the uniform number of former pitcher Jim Kaat, who was recently elected to the Baseball Hall of Fame.

Minnesota said Wednesday that it will add Kaat’s 36 to its wall of retired numbers during a ceremony prior to a game at Target Field on July 16.

Kaat, 83, was elected to the Hall of Fame alongside former teammate Tony Oliva on the Golden Age Committee last month. Killebrew, Carew, Puckett and Blyleven were previously inducted.

Kaat made his major league debut in 1959 with the Washington Senators, who moved to Minnesota to become the Twins in 1961. He had 189 wins in 13 seasons in Minnesota and remains the club leader in that category, in addition to starts (422 ) and innings pitched (2,959 1/3).