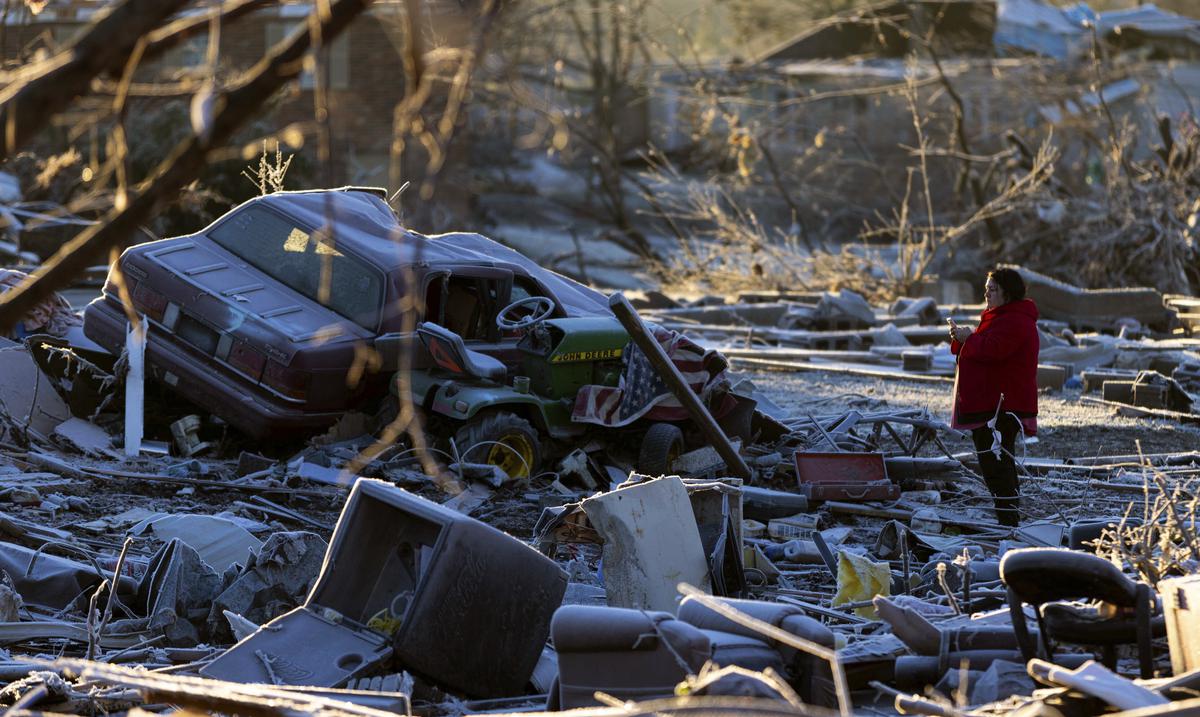 Two babies survived the recent tornado in Kentucky even though the storm ripped the bathtub from where they were and threw it into the air, the boys’ grandmother said.

Clara Lutz told WFIE-TV that she had placed 15-month-old Kaden and 3-month-old Dallas in the bathtub on Friday with a blanket, pillow and Bible.

It was then that the house in Hopkins County began to shake.

“Suddenly I saw that the bathtub was flying through the air, I could no longer hold it,” said Lutz.

Lutz, who had been hit on the back of the neck by a water tank, said she started looking everywhere for the babies. The house had been ripped off its foundations.

“All I could do is pray, ‘Lord, please, I beg You, bring my babies back safe and sound,’” Grandma said.

The bathtub was found in the courtyard of the house, turned over and with the babies inside.

The authorities went to the scene and handed over the boys, the woman said.

Dalla had a bruise on the back of the neck and was taken to the hospital in Nashville because he suffered from brain bleeding, but the bleeding stopped before Lutz reached the medical center.

Lutz said the babies’ parents live in North County and their home was largely left untouched.

At least 92 people died in various states due to the impact of more than 40 tornadoes in the area last weekend.

In Kentucky, state emergency management officials put the figure at 75. The governor declared Saturday that all people reported missing after the tornadoes have been found.