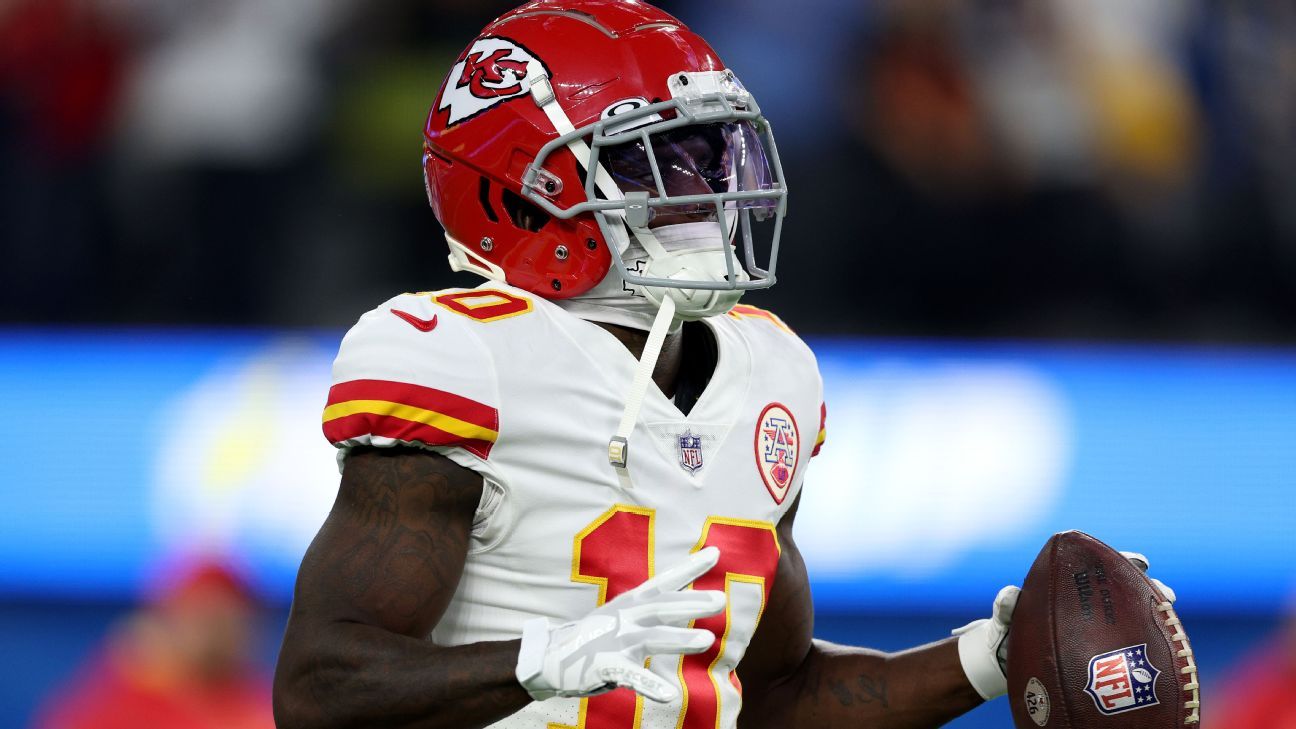 All-star wide receiver joins Travis Kelce on Kansas City’s reserve / COVID-19 roster, with both players combining for half of the offense’s aerial production.

Wide receiver Tyreek Hill was among three starters – and seven players total – who were added to the reserve / COVID-19 roster by the Kansas City Chiefs on Tuesday.

Tyreek Hill is one of 13 players currently on the Chiefs’ reserve / COVID-19 roster. Getty Images

The news comes after starting tight end Travis Kelce, place kicker Harrison Butker and cornerback Charvarius Ward made the same list Monday. In total, there are 13 players on the reserve / COVID-19 roster for the Chiefs.

If the players are vaccinated, as is the case with Kelce, they have a chance to return in time for the Chiefs’ game against the Pittsburgh Steelers on Sunday at Arrowhead Stadium.

With Kelce and Bell being added to the roster, that leaves only rookie Noah Gray as the lone tight end left on the active roster. Gray has four catches for 18 yards and a touchdown.

Bolton has started 11 games on the year and leads the team with 102 tackles. Niang has started for eight of the 11 games in which he has seen action at right tackle.

Long was on the physically disabled list for most of the season with a knee injury sustained in offseason training sessions. He was recently activated, but has not appeared in any matches.