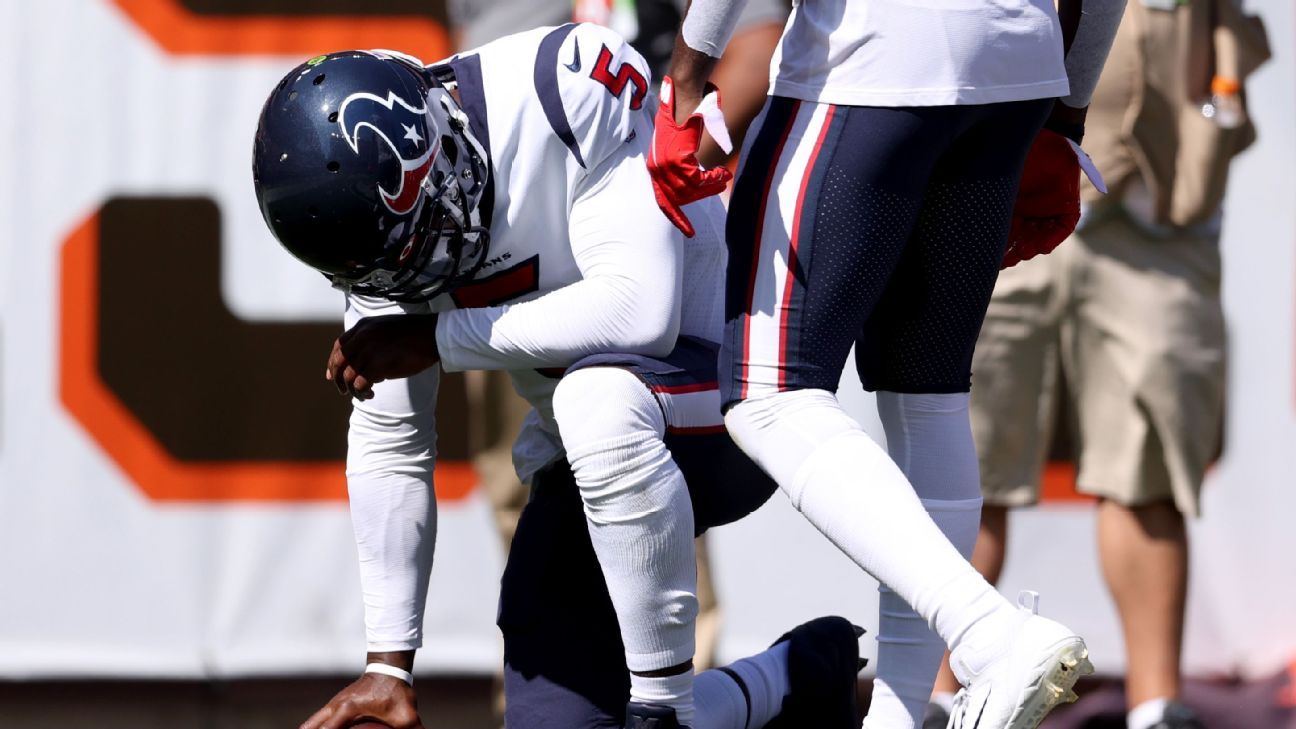 Ironically Taylor is injured against the team in which he lost the title, due to a concussion

CLEVELAND – Houston Texans quarterback Tyrod Taylor was out against the Cleveland Browns with a hamstring injury. He was replaced by rookie quarterback Davis Mills to start the second half.

Taylor slowed down as he ran for a touchdown in the second quarter. He made his way to the locker room just before halftime and did not return to the sideline for the start of the third quarter.

The Houston Texans ruled out Tyrod Taylor with a hamstring injury. Getty Images

Taylor, who completed 10 of 11 passes for 125 yards and a touchdown, played for Cleveland for the first time since 2018 – when he was a member of the Browns – After injuring himself in Week 3 from a concussion, then-rookie quarterback Baker Mayfield took over. The Browns won the game and Mayfield kept the starting job.

Sunday’s game against the Browns was Taylor’s twelfth with a touchdown pass and another on the ground. According to ESPN Data, he ranks fifth in NFL history behind Cam Newton (18), Josh Allen (16), Dak Prescott (16) and Kirk Cousins ​​(13).

Mills was Houston’s first pick, a third-round pick, in April.