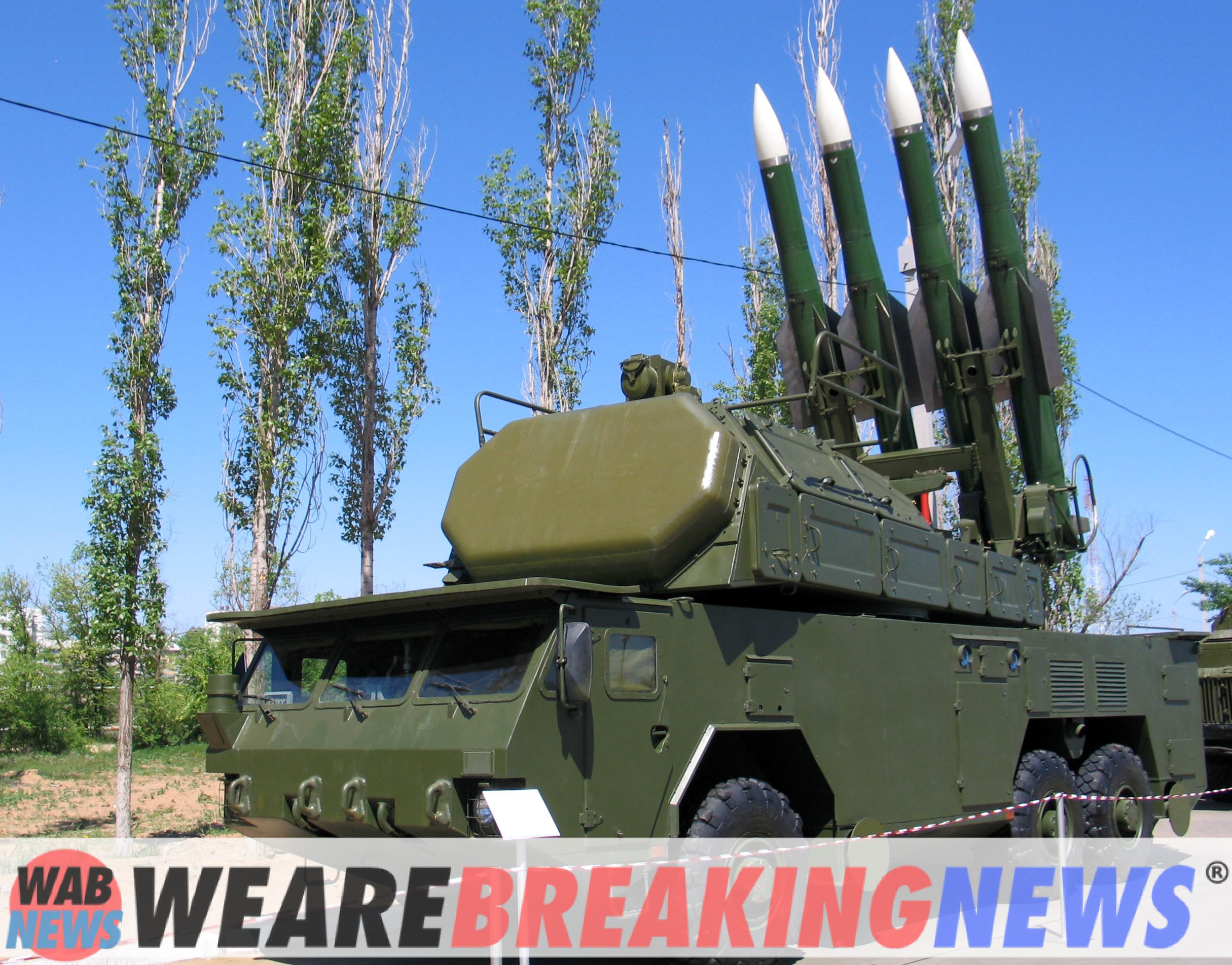 kyiv (AP) — Ukrainian authorities tried to reassure the public Monday about Russia’s use of Iranian drones, pointing to increasing success in shooting down the devices. At the same time, the Kremlin’s statements about a possible “dirty bomb” attack added another worrying dimension as the conflict reaches nine months.

Ukrainians are bracing for less power this winter following Russia’s persistent attacks on infrastructure across the country in recent weeks.

In Mykolaiv, in the south of the country, citizens lined up to get water and essential supplies as Ukrainian forces advanced on the nearby Russian-occupied city of Kherson.

Ukrainian forces have shot down more than two-thirds of the nearly 330 Shahed drones Russia had fired on as of Saturday, Ukraine’s intelligence service director Kyrylo Budanov said on Monday. He added that the Russian military had ordered some 1,700 units of various types of drones, and a second batch of some 300 Shahed is currently being deployed.

“Terror with the use of ‘Shaheds’ can last for a long time,” he told the Ukrainska Pravda newspaper. “The air defense is basically coping, 70% are shot down.”

Both Russia and Iran deny that Iranian-made drones were used, but the triangle-shaped Shahed-136s have rained down on civilians in kyiv and elsewhere.

“First of all, we have to be able to counter drones,” US House Speaker Nancy Pelosi said at a news conference in Zagreb with the Croatian leader on Monday. “It is a dangerous technology and it must be stopped.”

A dirty bomb uses explosives to spread radioactive waste in order to spread terror. These weapons do not have the same devastating destruction of a nuclear explosion, but they can expose large areas to radioactive contamination.

Lieutenant General Igor Kirillov, in charge of the Russian army’s radiological, chemical and biological protection forces, said Russian military assets are at a high level of preparedness for possible radioactive contamination. He told reporters that a dirty bomb explosion could contaminate thousands of square miles.

“It is not an unfounded suspicion,” said Sergey Lavrov, Russia’s foreign minister. “We have serious reasons to believe that these things could be planned,” he added.

Ukraine has rejected Moscow’s claims, saying they are an attempt to distract from its own plans to detonate a dirty bomb. German Defense Minister Christine Lambrecht said on Monday that Russia’s claim Ukraine could use a dirty bomb was “outrageous.”

The White House again stressed on Monday that the Russian allegations were false.

“It just isn’t true. We know that’s not true,” said John Kirby, a spokesman for the National Security Council. “On previous occasions, the Russians have blamed others for things they planned to do.”

Ukrainian President Volodymyr Zelenskyy indicated that Moscow itself was preparing the ground for the use of a radioactive device on Ukrainian soil.