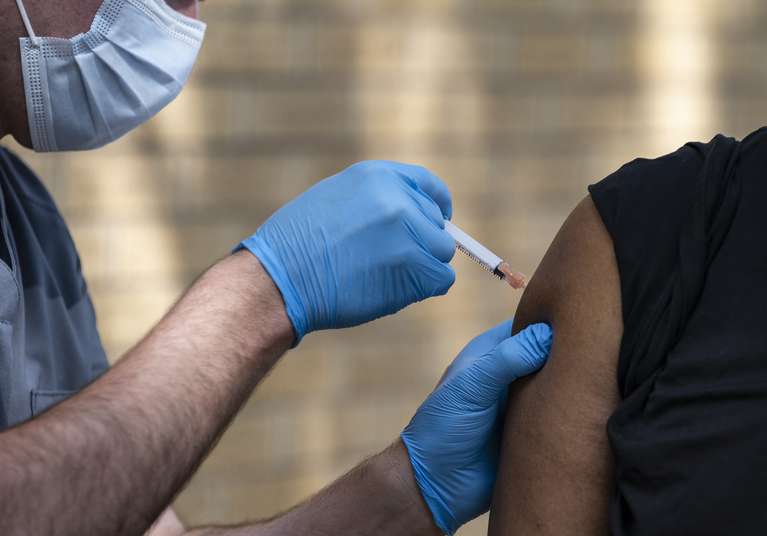 Large companies in the United States will not have to decide whether to force their employees to get vaccinated against COVID-19. The government decided for them and made vaccination compulsory.

Joe Biden’s administration announced Thursday that any firm with more than 100 employees must make the vaccine mandatory or require weekly tests to ensure that the employee has not been infected. This rule could affect about 100 million employees, although many of them surely have already been vaccinated.

Numerous private sector firms have already ordered the vaccination of at least some of their employees. But Biden said Thursday that “many of us are frustrated when nearly 80 million Americans are not fully immunized.”

The United States is dealing with a severe outbreak of the delta variant of the coronavirus, which is killing thousands of people every week and jeopardizing the economic recovery.

Under the new order, millions of executive branch employees and contractors who do business with the federal government will not have the option of getting tested instead of vaccinated. The provision also requires that companies not deduct their staff for the time taken to get vaccinated.

The Associated Press contacted a large number of companies on Thursday. Many did not comment for now, while others noted that they already require the vaccines. Walmart, the private company that employs the most people in the United States, was one of the first large firms to mandate mandatory vaccinations for its headquarters employees and all managers by October 4.

The order, however, did not cover its store personnel, such as cashiers, who according to the company have lower vaccination rates than managers.

CVS Health said in late August that it will require certain employees who have contact with patients to be fully immunized against COVID-19 by the end of October. The order includes nurses, doctors and pharmacists.

Airlines, meanwhile, assure their passengers that they are not in danger on their planes and took measures such as the mandatory use of masks before the government ordered vaccination.

United Airlines said last month that it will require the vaccine. On Wednesday he added that he could fire those who do not show medical or religious reasons for not getting vaccinated.

Other airlines encourage their employees to get vaccinated, but do not force them. Delta Airlines, for its part, said it will charge $ 200 a month to those who do not get vaccinated starting in November.

The technology sector is one of those that requires the most vaccinations and will surely support the government’s measure.

General Motors did not formally endorse the government order, but said in a statement that it is in favor of vaccines.

“We strongly encourage our employees to get vaccinated … The (available) data indicates that it is the best way to protect yourself and others,” the automaker said.

Half of US workers are in favor of companies requiring the vaccine, according to a poll by The Associated Press-NORC Center for Public Affairs Research.

More than 177 million people are immunized in the United States, but confirmed infections have increased in recent weeks and an average of 140,000 infections are currently recorded per day. About 1,000 people die every day from the virus, according to the Centers for Disease Control and Prevention.

“The business community is going to appreciate this,” said Angela B. Cornell, a professor at Cornell Law School specializing in labor law, alluding to mandatory vaccination. “It will make it easier for companies to pressure those who have doubts or are opposed” to vaccines.

The companies, on the other hand, will not be in danger of being sued, since they comply with a government order, he said.

Those who are afraid of the vaccine may choose to get tested regularly, but most of those people will likely choose to get vaccinated, according to Dorit Reiss, a professor at the University of California Hastings College of the Law who has been studying the vaccine for nearly a decade. mandatory vaccination.

“The tests are such a burden that most will prefer to be vaccinated directly,” he said.