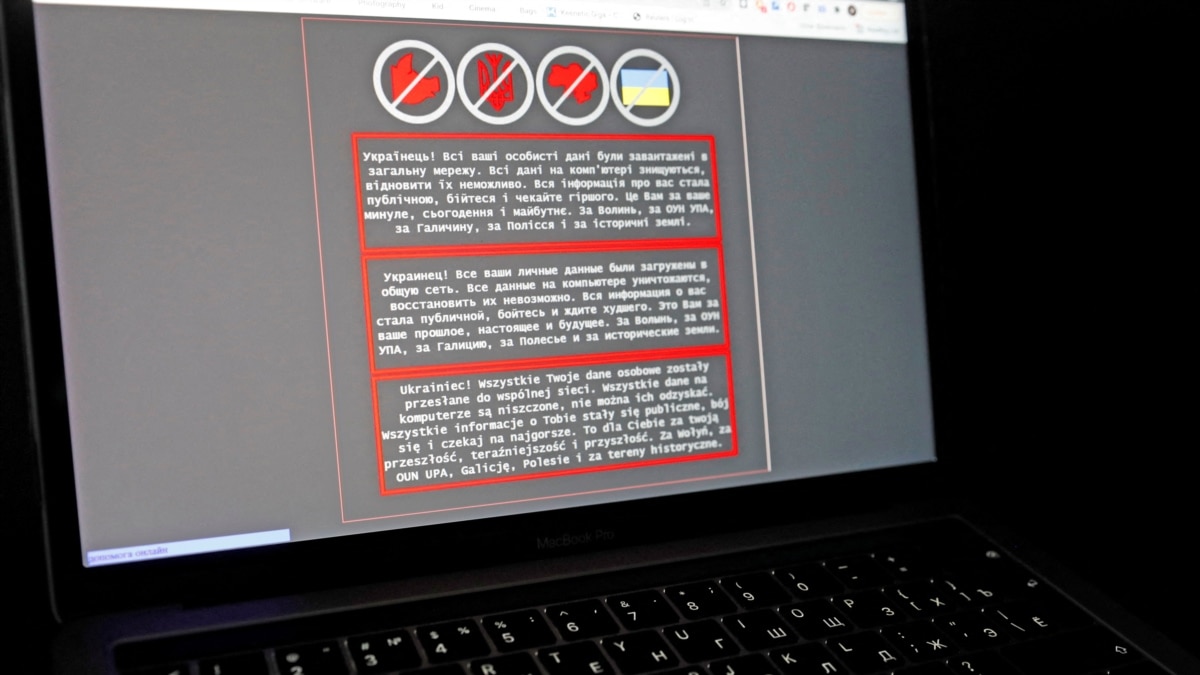 The White House expressed its full support for Ukraine this Friday, a country that has just been the victim of a major cyber attack, an issue on which President Joe Biden is kept informed, according to a spokesman for the Council of National Security (NSC). The websites contained a message from the hackers in Ukrainian, Russian, and Polish that said personal data of Ukrainians had been leaked into the public domain, although the Ukrainian State Information and Communication Protection Service assured the Associated Press that there was no evidence that personal data had been leaked. Oleksiy Danilov, secretary of Ukraine’s National Security and Defense Council, told VOA on Friday that the hackers had failed in their goal, which he said was to shut down key parts of Ukraine’s government. While it is difficult to determine exactly who was behind the attack, Danilov considered that Russia is the only country that can carry out a cyber attack on such a scale. For his part, NATO Secretary General Jens Stoltenberg said the alliance’s cyber experts have been exchanging information with their Ukrainian counterparts about “current malicious cyber activities” and noted that Alliance experts in the country also they are supporting the Ukrainian authorities. Stoltenberg also announced that NATO and Ukraine will sign an agreement on enhanced cyber cooperation, which would include giving Ukraine access to the Alliance’s malware information-sharing platform. * VOA Eastern Europe Chief Myroslava Gongadze and VOA National Security Correspondent Jeff Seldin contributed to this report. Includes information from The Associated Press, Reuters and Agence France-Presse. Connect with the ! Subscribe to our YouTube channel and activate notifications, or follow us on social networks: Facebook, Twitter