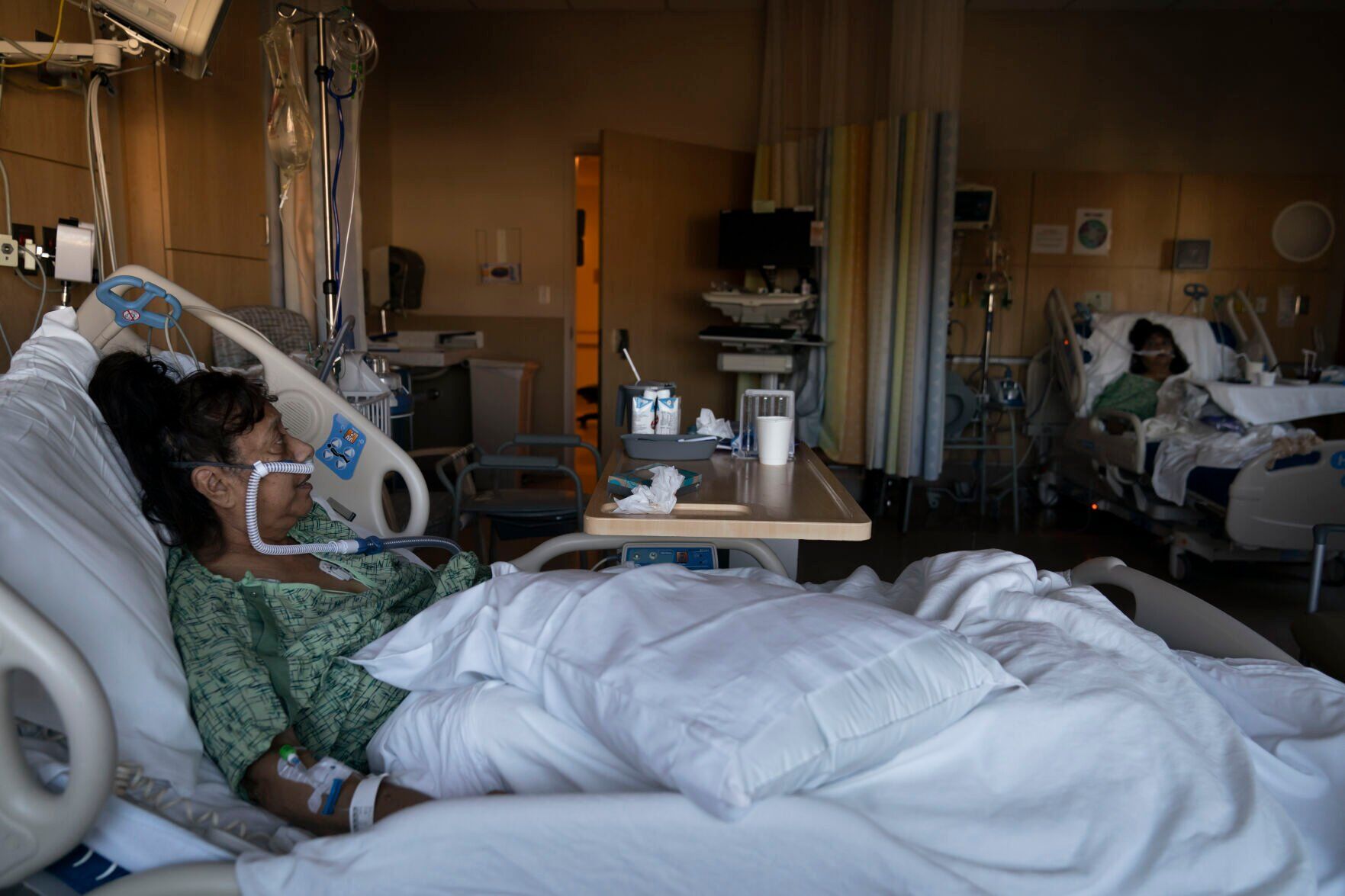 DETROIT (AP) – Hospitals across the United States are struggling to cope with the exhaustion of doctors, nurses and other workers, shaken beforehand by a surge of patients caused by the rise of the delta variant of the coronavirus and now bracing for another mutation. highly transmissible.

Ohio became the latest state to summon the National Guard to help overwhelmed hospitals. Experts in Nebraska warned that their hospitals may soon need to ration care. Medical officials in Kansas and Missouri are putting off surgeries, rejecting transfers and desperately trying to hire ambulant nurses as cases double or triple in a chilling reminder of last year’s Christmas season.

“There is no class in medical schools that prepares you for this level of death,” said Dr. Jacqueline Pflaum-Carlson, an emergency medicine specialist at Henry Ford Health System in Detroit. “The blows keep coming.”

The national average of CVID-19 hospitalizations for seven days was 60,000 for Wednesday, well below last winter’s peak, but 50% higher than in early November, according to the government. The situation is most dire in cold-climate regions, where people are increasingly gathering indoors and recent infections are piling up.

New York state reported Saturday that just over 21,900 people had tested positive for coronavirus a day earlier, a record since the tests became widely available. The fallout was swift: the Rockettes Christmas show was canceled, and some Broadway theaters canceled performances due to outbreaks among the cast. And the program “Saturday Night Live” announced that it would record with an audience present and only with a limited cast and other personnel.

“We are in a situation now where we are facing a major surge in the delta variant and awaiting the arrival of a surge in omicron,” Dr. Anthony Fauci, President Joe Biden’s chief medical adviser, said of the two variants.

“Beds are not the problem. It is the nursing staff … and all of that has been created by the increase in COVID-19 cases and exhaustion, “he said. “Our nurses are exhausted.”

Experts attribute most of the increase in cases and hospitalizations to infections among people who have not been vaccinated against the virus. The federal government states that 61% of the population in the country is fully vaccinated.

Dr. Steve Stites, medical director at the University of Kansas Health System in Kansas City, Kansas, noted that “the pandemic of the unvaccinated” continues to overwhelm hospitals and their workers.

The National Guard deployment to Ohio is one of the largest on record during the pandemic, with more than 1,000 items dispatched to assist hospital personnel, especially in the Akron, Canton and Cleveland areas.

As of Friday, 4,723 people in the state were hospitalized for coronavirus, a number last seen about a year ago, according to Gov. Mike DeWine. Hospital personnel were taking short breaks before returning to work for a second shift, he added.

Health systems in other parts of the country were facing slightly better situations but are concerned about the arrival of the omicron variant and are preparing for the impact of the virus outbreak.