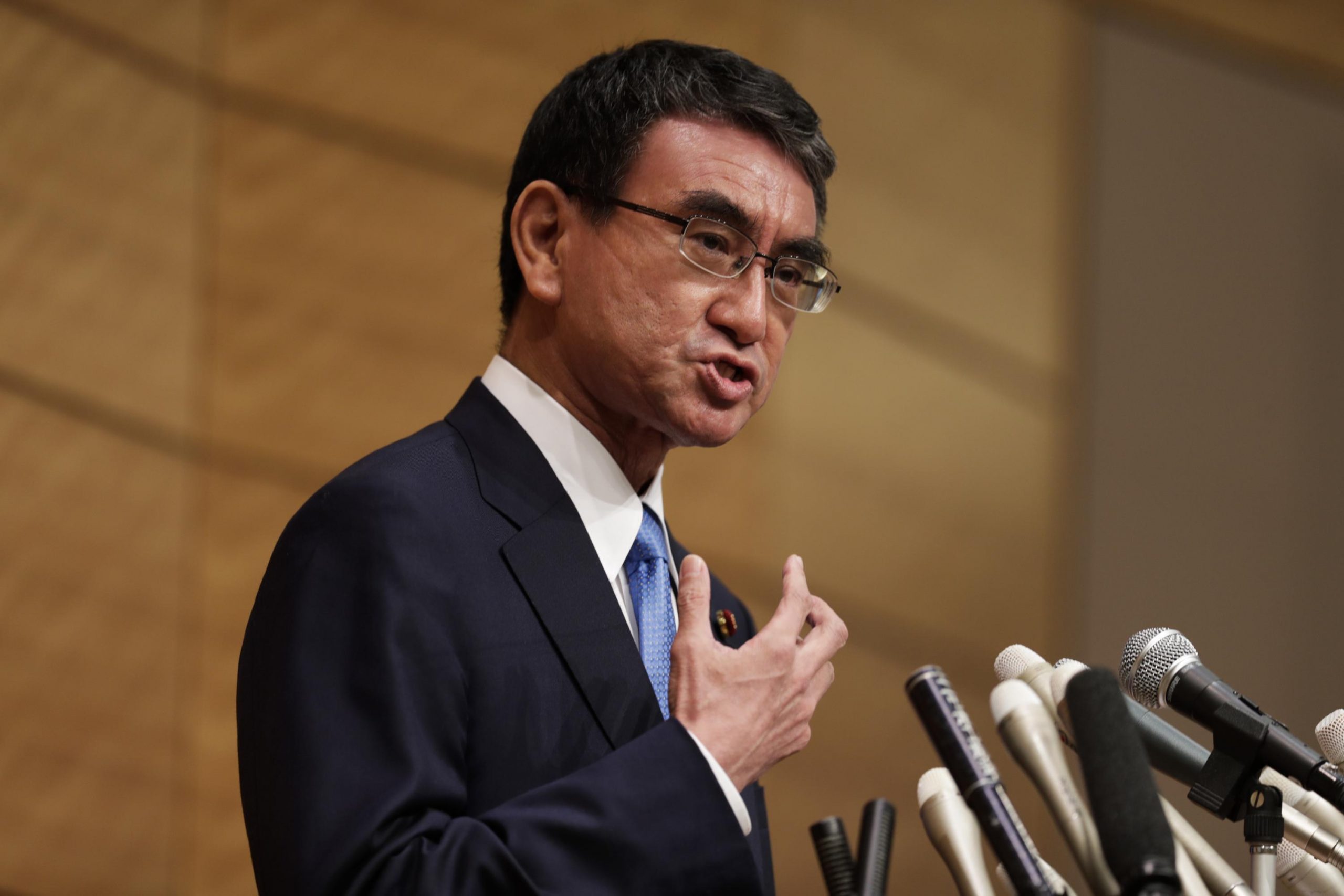 TOKYO (AP) – Japan’s vaccine minister Taro Kono announced on Friday that he is running to be the leader of the ruling party, which is usually selected as prime minister, and promised reforms and results.

Kono, 58, has a strong following among young people, with whom he communicates on social media, something unusual in Japanese politics. With nearly 2.4 million followers on Twitter, he says he will continue to tweet if he is elected prime minister.

“I will embrace your views and concerns, share information with you, and work with you to overcome the crisis we face,” Kono said at a press conference in Tokyo, referring to the pandemic.

A week ago, Prime Minister Yoshihide Suga announced that he would not seek another term as leader of the ruling party in the September 29 vote. The winner is virtually assured of being elected prime minister by Parliament because the party and its coalition partner hold the majority of the seats.

Kono emphasized his achievements as the minister in charge of vaccinations and defined himself as someone who gets results, breaking down bureaucratic barriers if necessary.

The also minister of administrative reform was selected by Suga to lead the vaccination campaign in the country in January before its launch in February, months after other countries.

Within a few weeks, Kono was given the difficult task of vaccinating all of the country’s elderly by the end of July, which he accomplished by raising the dose to 1 million per day, another Suga goal.