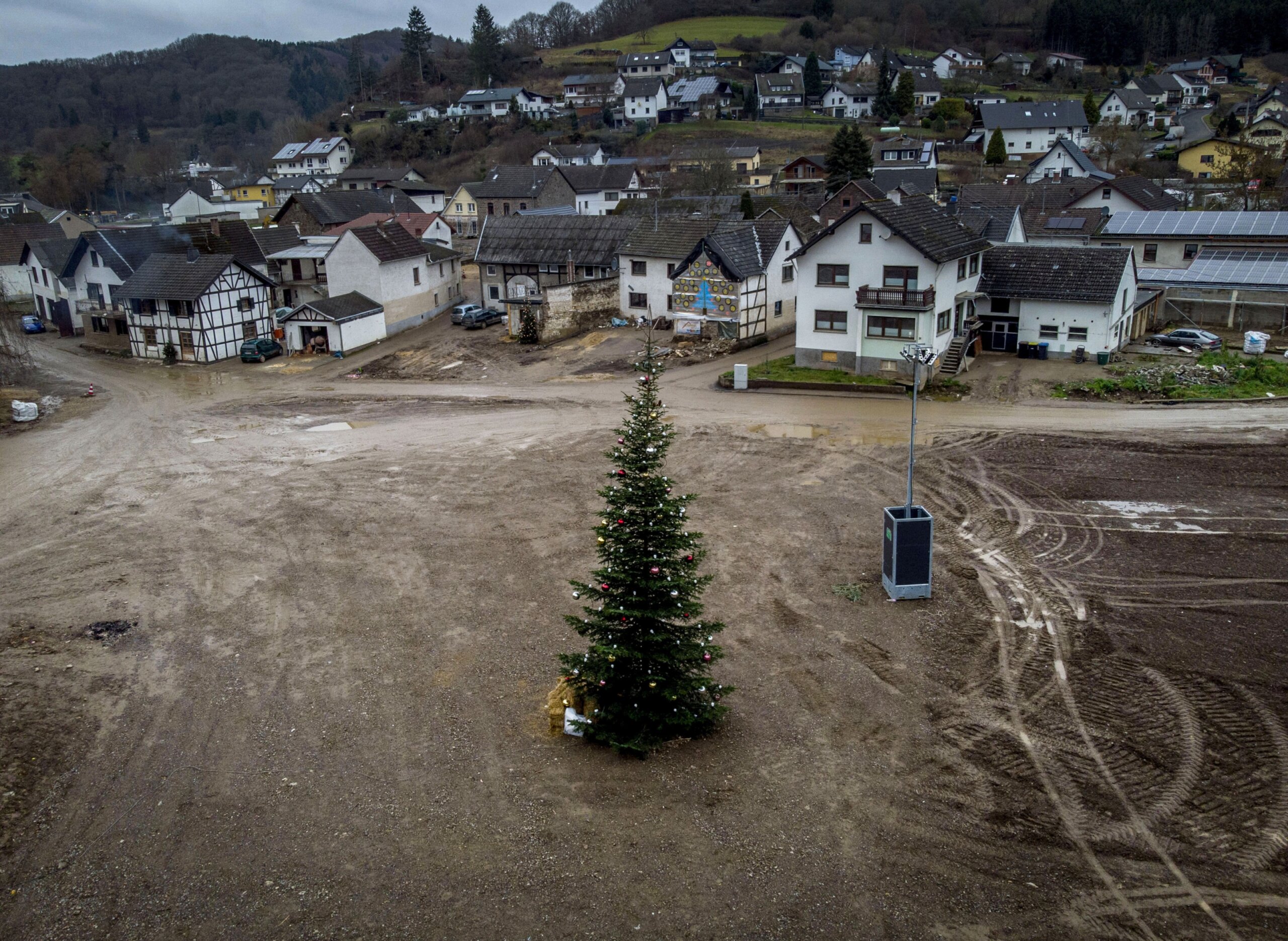 MAYSCHOSS, Germany (AP) — Residents of the Ahr Valley, known as Ahrtal in German, are trying to bring some Christmas cheer to streets still clogged with mud and debris left by July floods that killed nearly 200 people in western Germany.

This week, five months after the floods, a chipboard sign in the largest city, Bad Neuenahr, read: “The Ahrtal lives.” Beside him, someone had decorated a fir tree with decorations and lights.

In the village of Mayschoss, further up the valley best known for its vineyards and as a scenic hiking destination, a tree with lights made from makeshift cables stood outside a damaged building.

In nearby Altenahr, new candles were placed and lit on the graves of locals who died in the summer disaster.

Most of Germany’s flood deaths occurred in the narrow valley, where heavy rains caused the Ahr River to burst its banks rapidly, drowning vehicles and leveling buildings.

Residents reported at the time that they received little advance warning of the deadly flooding, with some saying information from authorities was unclear or non-existent.

The huge economic and emotional costs (the floods destroyed or severely damaged hundreds of homes) caused some residents to consider leaving the region.

But others insist on staying, rebuilding and celebrating when they can.