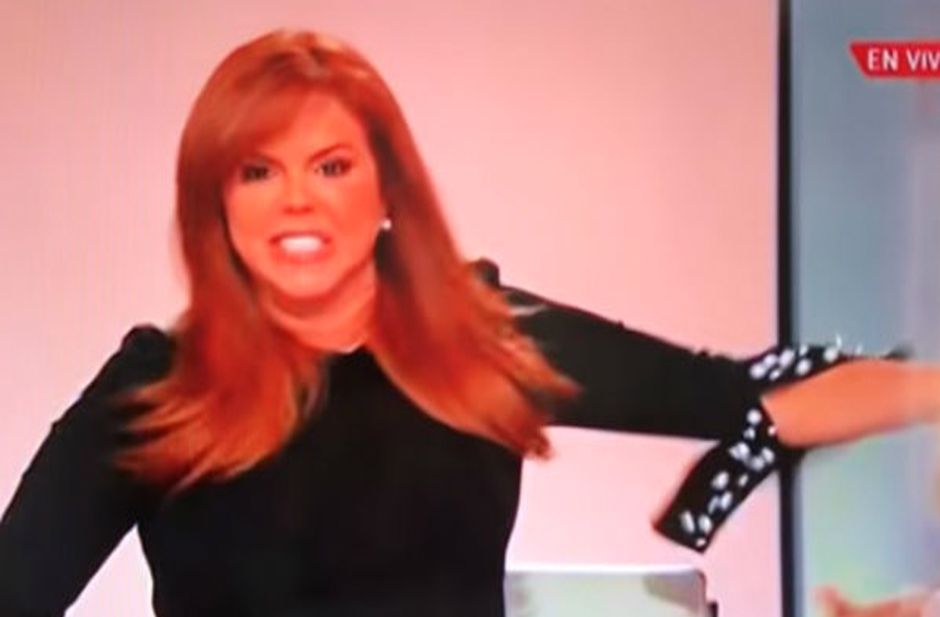 María Celeste Arrarás became a controversial figure following her interview with Sarita Sosa, daughter of the late singer José José. Users on social networks turned against the presenter of "Al Rojo Vivo" because it was not hard on questioning.

At the same time, the eldest sons of the "prince of the song" were desperate to see the remains of their father having no response from his whereabouts by his sister Sarita.

In several television spaces, Arrarás was criticized, as happened in “Ventaneando”, which only encouraged fans of the program to intensify their attacks. To do this, some incurred in resurfacing the video where the Telemundo journalist strongly pushes her stylist during a live broadcast of her news space.

After a live broadcast fell, he returned to the studio where Arrarás was, who managed to take the stylist who fixed the journalist when they thought they were out of the air.

The incident happened in 2018 and after the video, Arrarás explained the situation and gave details of what really happened.