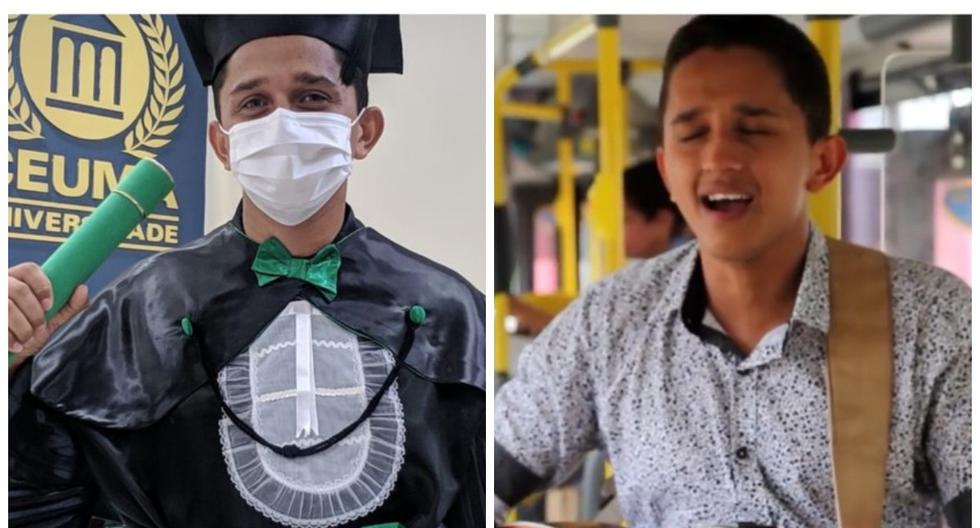 With a lot of dedication, dreams come true, but you don’t have to give up, no matter how adverse the horizote looks. This is well known to Joel Mistokles, a 33-year-old from São Bernardo, Brazil, who did not have an easy time graduating from a Medicine degree. This is his exemplary story.

Studying a degree is something that requires time and effort, but it is more difficult if you also have to support a family along with the lack of resources to pay the expenses of studying at the university. Fortunately, Joel did not give in and took advantage of his musical talent, and with his guitar he sang on the city buses to earn money and thus get ahead for himself, his wife and his children.

“I always had the dream of being a doctor and I fought for that dream with the tool I have, which is music. It was never easy. My wife and I always had difficulties, we had to take care of our son, but I did not give up, “said the now graduate in Medicine to Portal G1. Joel decided to keep up this hobby while studying, as strenuous as it may sound, but it was worth it.

“When I finally got into medicine, I was already singing on the buses. So I sold my CDs in the buses, the material that I sometimes had, cable, charger, cell phone film, because when we have a dream, we fight with what we have, ”the doctor explained to the aforementioned media.

Coincidentally, on October 18, Doctor’s Day was celebrated in Brazil, and that same day Joel fulfilled his dream of graduating. He was one of the most applauded and congratulated for everything he did to achieve his goal. It took seven years of studies and sacrifices to achieve it. Joel also sang in hospitals while doing his Medicine internship, something that his colleagues recognized.

Joel Mistokles with his wife and children. (Photo: Facebook | Joel Mistokles) RECOMMENDED VIDEOAlexa Bueno, the soldier who became a youtuber and gains followers in Mexico null