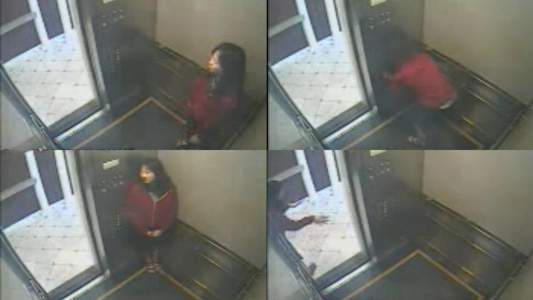 In the video you can see Elisa acting strangely in an elevator on the 14th floor of the Cecil Hotel, her hands and steps seemed like a bipolar reaction box, a dise ase she suffered from.

The documentary series that recently premiered on Netflix plans a mental health hypothesis about the Elisa Lam case and an unintentional accident; after appearing on the terrace of the Cecil Hotel, in one of the four water tanks.

Paranormal: Photos of real ghosts that will leave you with goosebumps

In almost four minutes, the video in the elevator captures strange movements of Elisa, such as pursuit and lack of motor coordination condition in her hands; the 2013 video is still a subject of investigation by cyber-researchers, and has gone viral in recent times because of the Netflix documentary.

The video has many strange things, to mention a few, that Elisa touches various elevator buttons, including the one to open; so you can see that the elevator never closes, and you can also see that she is on the 14th floor, one before the terrace, because when pressing, that was on.

Other details of the video is that the date and the clock did not look good, as if they were trying to hide them, in addition in a part of the video a fraction of a shoe that was not Elisa’s is seen.