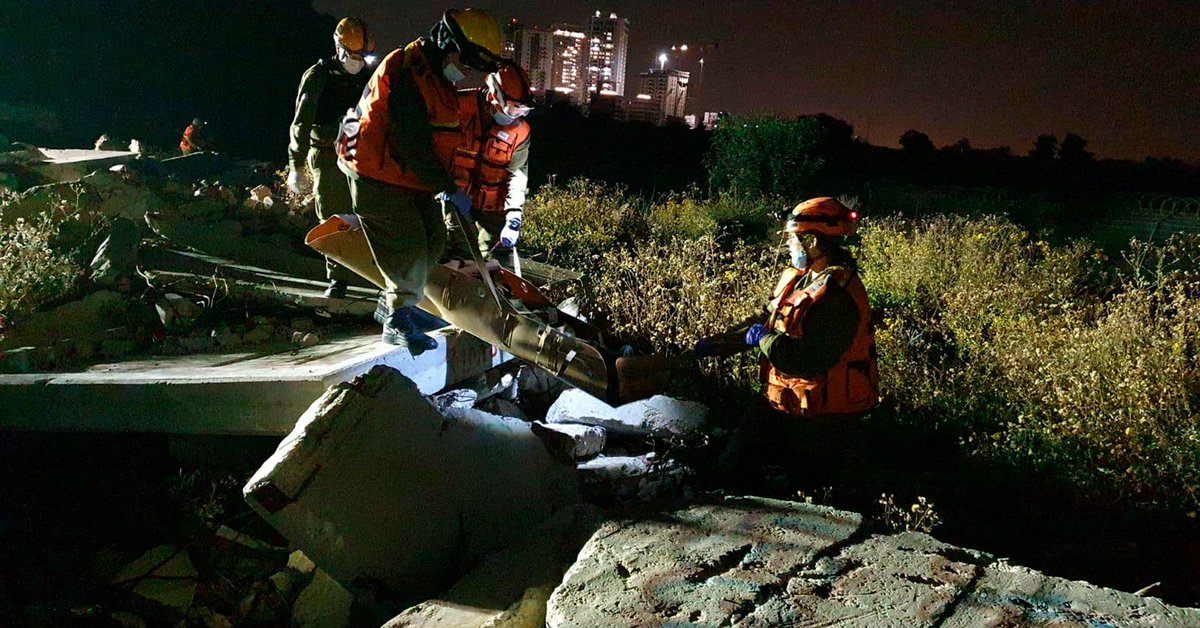 The Israeli Army continues to redouble its efforts to advance the training of its various rescue units. Last January, a “rescue medicine” course was held, which was attended by some 30 doctors from the Rescue Brigade. In dialogue with Infobae, Dr. Dani Nemet, who was in charge of the course, explained the importance of reinforcing the preparation of the armed forces on “rescue medicine”, and gave details of the activity that was also dictated in other countries, like the United States.

“We teach how to operate in critical situations, and how to deal with vulnerabilities not seen in any other incident,” said the pediatrician, who for 20 years was the main doctor of the National Rescue Unit. “The Army,” he added, “understood that being a provider of rescue medical services is different from all other Army courses. This is basically the first course that we did, that got a special tag, a special pin, a special recognition from the Army. They were certified as search rescue medical personnel. This is a profession that must be obtained to be an expert in the field ”.

Nemet stressed why this task is different from the others carried out by rescue teams in the event of any incident or natural disaster: “It is different in two main aspects. The first is that normally, if something happens in a building or if there is an earthquake, we have to treat everyone: children, the elderly … and this is something that we do not teach our regular forces because they are used to treating soldiers. So we have to give them information on how to treat children, adults, the elderly … Second, wherever there is a landslide, an earthquake, there is a part of engineering that we normally don’t think about. For example, there may be two people, one of whom is seriously injured, but easy to remove, and the other is very slightly injured, but is very difficult or almost impossible to remove from the building. So in that case, you have to take into account something that we, as doctors, don’t usually do because we don’t think about engineering, but about how to save lives. This made us understand that we have to teach our medical staff ”.

Dr. Dani Nemet explained how the Israeli Army operates in situations of landslides or natural disasters

The Israeli doctor, who joined the Army Rescue Unit in 1995, explained that the Force’s doctors and paramedics are taught to “do a medical classification.” That is, “how to decide who should be treated first.” “We have to keep in mind that if we have enough doctors, paramedics, and equipment, it is not a problem, we can treat everyone. But in the event of an earthquake or a catastrophe, where you don’t have enough people, or enough equipment, you have to decide who should be treated first. “

In this regard, he argued that the decision is not exclusively medical; “engineering” is also evaluated. The other factor that comes into play “is danger”: “If you have to enter buildings that have collapsed, there may be danger to the patient, to yourself, or to your team.”

Faced with this situation, the Israeli Army Rescue Unit works on what they call “the golden triangle”, which is made up of the commander in charge, the doctor and the engineer. “Together they have to decide who should be treated first.” To explain how it works, Nemet told how they had to cope with an earthquake in Nepal: “We came to a building where someone told us that they thought they heard a child screaming. The engineer said ‘we must not go in because it will collapse very soon’. Since there was supposedly a child, we had to decide what to do. We decided to bring a dog, we put a GoPro camera on him and sent him to the building to find the boy. But he didn’t find it, so it probably wasn’t there. Hours later, the building collapsed. “

The Israeli doctor, who is also a member of the UN rescue medicine team, also spoke of “shock syndrome.” Before removing a trapped person from the rubble, he said, rescue teams should attend to them: “If you don’t treat them before removing them, they may have, for example, heart problems. Sometimes it takes hours to get it out. “

“Sometimes we are forced to cut off a limb, like a hand, a leg, to save the person’s life. Because for example, if someone has a trapped leg and the building is about to collapse, or if someone is very sick – almost dying – and you have to remove them, sometimes you have to sacrifice a limb to save their life, “he said.

Despite the medical knowledge, Nemet stressed the importance of Army paramedics being trained in this type of operation in the face of the large number of obstacles that it presents to the rescue team: “Doing these types of treatments is not as simple as doing it in a clinic. Here you can have almost no light, be full of dust, the person can be dehydrated … It is a great challenge ”.

Another very important aspect is the psychological one: “We have to know how to treat ourselves, and our soldiers, to prevent injuries: physical injuries, or psychological injuries, such as post-trauma (…) There is nothing that can be done Compare with images seen in earthquakes or other catastrophes. So it’s critical that we talk about it, that we let our people know what can happen, that we know that it can be managed, and that if treated correctly, people will get through it and stay healthy. It is a very important theme. You have to be prepared for all scenarios because you don’t know what you can deal with ”.