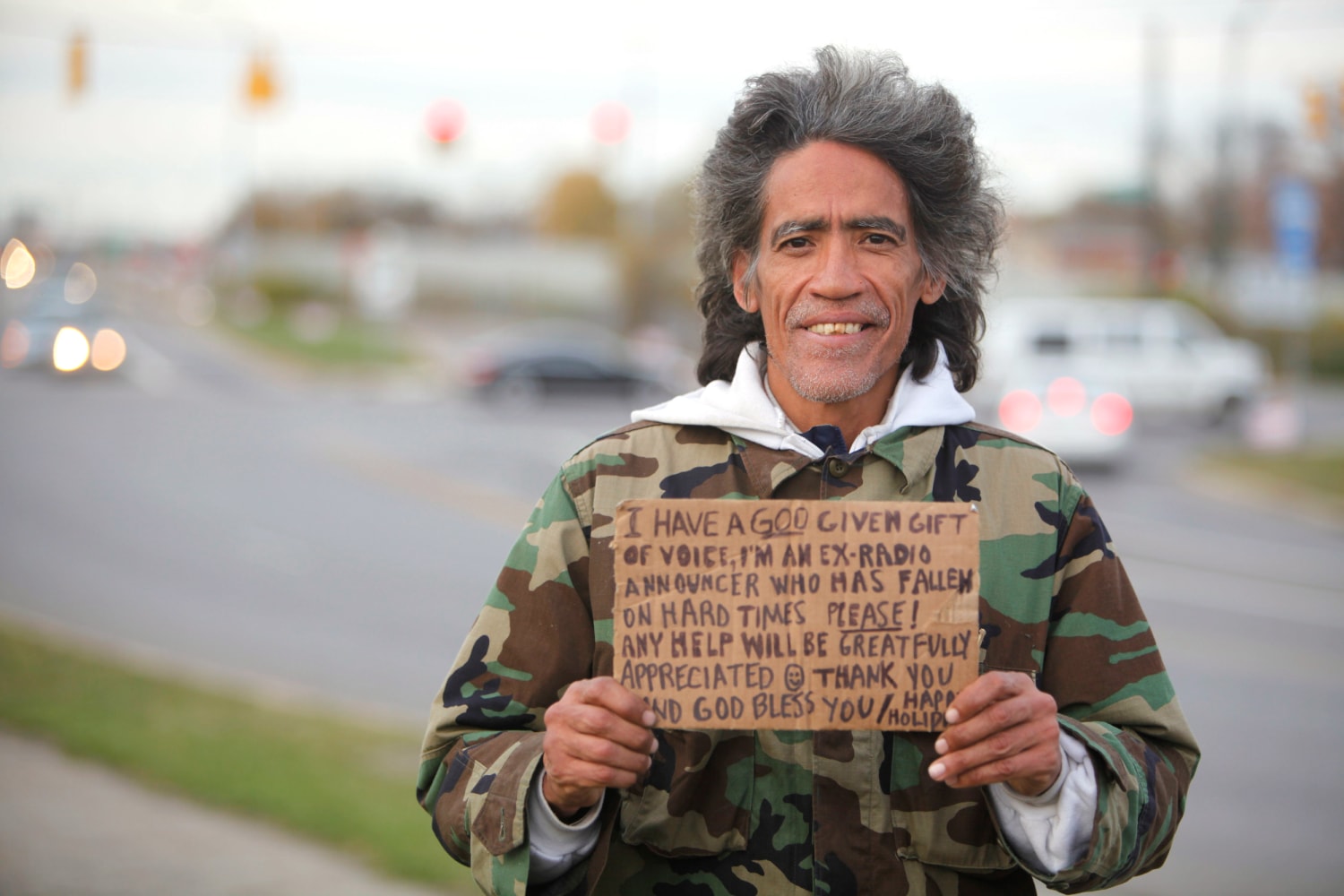 For a brief moment in 2011, Ted Williams captivated America as “The Man With the Golden Voice.”

Williams soon gained fame as more and more reports popped up about him, forming a real-life rags-to-riches story as Williams went on to say goodbye to the streets and hello to some seriously profitable gigs.

Unfortunately, however, his rise to the top wasn’t without some major steps backward, as the former drug-addicted Ohio resident had some trouble managing his newfound celebrity status.

So, just what happened to Williams after his life story went viral? Things have changed for Williams since he gained nationwide recognition. Read on to find out exactly what went down following Williams’ big break.

Let’s recap: Williams’ overnight fame dates back to this video, posted by The Columbus Dispatch in 2011.

At the time, Williams was homeless and pleading for help on the streets of Ohio, aided by a sign that said “I have a God-given the gift of voice”.

Williams, whose earlier radio career was cut short by years of drug and alcohol addiction, was suddenly given a second chance at life. And yet that renewed success proved fragile.

About a week after he became famous, Williams admitted to talk show host Dr. Phil McGraw that he was still drinking and agreed to check into a treatment facility.

A spokesperson for The Dr. Phil Show claimed that Williams’ decision was due in part to a physical altercation with one of his daughters,

About four months later, Williams returned to rehab, committing to a 90-day program.

After entering treatment, the Cleveland Cavaliers opted not to enter into a working relationship with him, and the book deal and other work were also put on hold.

After completing the treatment program, Williams apologized to Dr. Phil for lying about many things, including his sobriety.

Williams appeared on the Today show in May 2012 to talk about the launch of his book, A Golden Voice: How Faith, Hard Work, and Humility Brought Me From the Streets to Salvation.

-The memoirs revealed startling information, including that Williams was a delinquent father and had even played “a role in his girlfriend’s prostitution so he could obtain drug money.”

Williams also opened up about his long battle with sobriety, telling Today show host Matt Lauer that he switched from hard drugs to alcohol when he went to Hollywood because he thought, “Nobody would know. they would know.” that Ted was drinking.

Despite his struggles, Williams said he was maintaining his sobriety and had surrounded himself with better people this time, including a new attorney. “[I take it] one day at a time,” he said.

I do not have anything’

In October 2014, nearly four years after his life-changing video, The Columbus Dispatch sat down with Williams for a lengthy interview, during which

Williams revealed that he had been struggling to make ends meet, despite keeping his contract with Kraft Macaroni & Cheese. land a six-figure book deal and secure other radio and voiceover gigs.

“Financially, I’m a bit under the weather,” he said. “A lot of the stuff I signed early on, in 2011, I probably shouldn’t have signed. A lot of people who were involved in my life then shouldn’t have.”

Williams, who narrated the 2013 documentary Houseless, admitted that he didn’t even own a single piece of furniture. “I don’t have anything. I don’t even have a car right now.”

His dreams for the future included buying a car, getting a driver’s license, and finding a place of his own.

On the plus side: Williams confirmed that he was still sober. 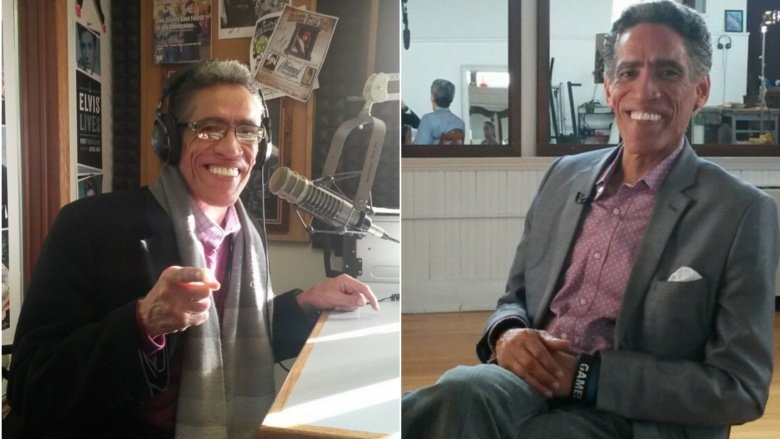 Of all the wild stories that have emerged from Williams’ rise to fame, none have been as surprising as the moment he announced that he would be running for President of the United States.

According to USA Today, Williams made the announcement in June 2015 while appearing on Scott Spears’ Now radio show on WWGH-FM in Marion, Ohio.

“I was created to create change,” he said. “I want to do it big. Looking at all the other people running around, I said why not change things at the highest level.”

Wild? Maybe. However, Williams, who has given many motivational speeches in recent years, cited Republican candidate Donald Trump as one of his reasons for stepping into the ring.

According to USA Today, Williams put it simply: “If he can do it, I can do it.”

Unfortunately, his White House bid ended at the end of that summer. He told NBC News, “I wanted to focus on other things. I wanted to inspire and encourage.”

He claimed that his former manager tried to get him into a drug ring. 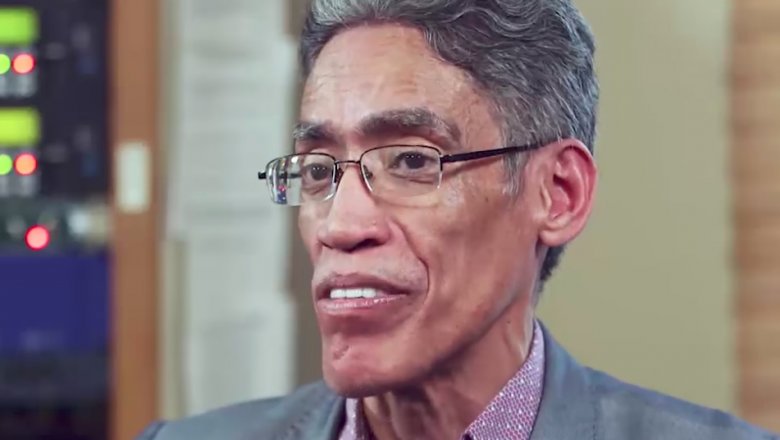 In what could have been the destruction of his comeback, Williams alleged that his former manager, Alfred Battle, tried to lure him into participating in a heroin smuggling scheme.

According to the Daily Mail, Battle was arrested on July 21, 2016 at the Newark airport “transporting 18 pounds of heroin, with an estimated value of $512,000 “, after arriving on a flight from Addis Ababa, Ethiopia.

Williams told the Daily Mail that Battle asked him to come with him to Africa, promising that he would be “treated like a king” and “rewarded at least $10,000”. Fortunately, Williams’ current manager, Scott Anthony, banned it.

“He might have planted some drugs on me … or maybe he would have used me as a scapegoat or something,” Williams surmised of Battle’s motivations. “Even if I had no idea what he was planning, even if I was just walking next to him…I would have been locked up for life.”

According to The Columbus Dispatch, Battle “pled guilty as part of a plea deal to felony possession with intent to distribute a controlled dangerous substance.” He is expected to serve eight years in prison.

In October 2015, AdAge confirmed that Williams had lent his voice to Pepsi’s relaunched “Joy of Pepsi” campaign.

His voice appears at the beginning of the ad, during which he says, “Okay, everyone, if this doesn’t get your toes wiggling, then check your pulse.”

The TV commercial then featured “It Should’ve Been Us” singer Tori Kelly belting out a new version of the company’s iconic jingle.

The original jingle was previously performed by Britney Spears.

“The new version reflects Pepsi’s rich history in pop culture, which has allowed the brand to consistently position itself as a leader within the space and align itself with top talent in both sports and entertainment,”

PepsiCo said in a statement. to AdAge.

Williams’ concert marked the first time he had worked with the popular soft drink brand.

Considering the size and scope of the cola company, and the ad’s appearance during the 2016 Super Bowl, we’d guess Williams made quite a bit of money from his voiceover deal (via NBC News). 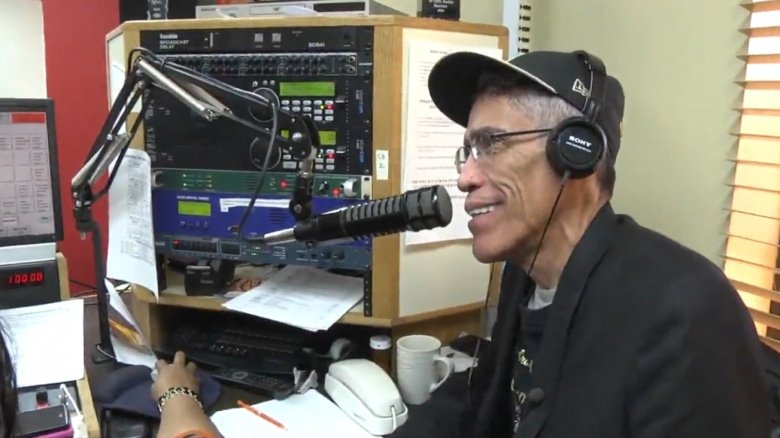 Five years after his viral video, The Columbus Dispatch profiled Williams once again to see how he had fared in recent years.

Fortunately, the news was good this time! Williams shared that he had started starring on his own weekday radio show, The Golden Voice Show, in Columbus, Ohio.

The best part? It was on WVKO-AM, which The Columbus Dispatch said was the same radio station where Williams began his career in the ’80s.

Williams, a religious man, told listeners: “Do you see how God works?” And he added: ” The circle has been closed.

It’s clear that Williams understands the lucky position he fell into. According to Christian Today, Williams would have said during one of his shows, with a smile, “I’m almost like a poster child of redemption. 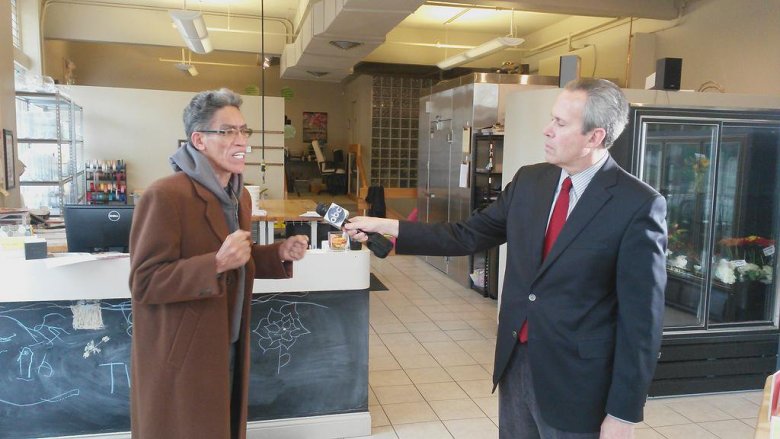 In 2016, Williams appeared on Where Are They Now? from Oprah.

As he recounted the story of his rise, fall and rise again, Williams was moved by his desire to leave a legacy that both his fans and his family could be proud of.

To that end, he now works with homeless charities like Friends of the Homeless, the shelter he once relied on when he was down.

“I was there at the front of the line, waiting for my delivery,” Williams recalled. “So this is where I have a lot of loyalties now…

Because they know I was just five years ago in the same situation as them.”

According to the Good News Center, Williams has even higher charitable aspirations.

“I want to open a laundromat for the homeless ,” he said, describing “a laundromat where volunteer assistants wash and dry homeless people’s clothes so they have a chance to go back to work as he did.”

Voted for the first time in 25 years 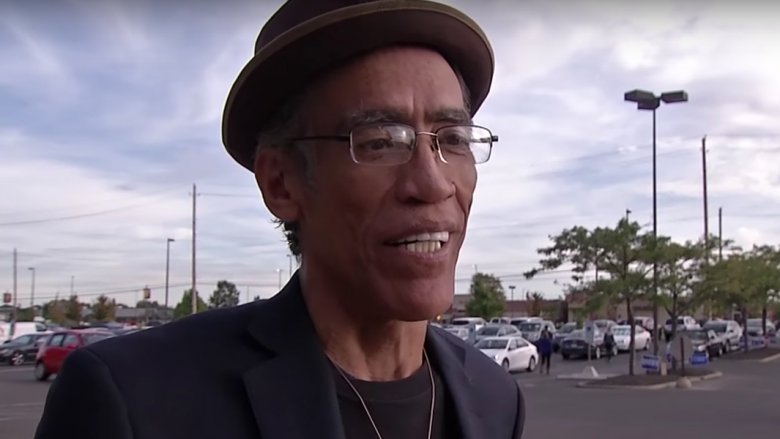 In October 2016, NBC4 caught Ted Williams registering to vote at the Franklin County Board of Elections in Columbus, Ohio.

“Vote or don’t complain!” he shouted at the cameras in his characteristic upbeat style.

But Williams’ registration to vote was about more than selecting the government officials he believed in:

It was about finally using his voice as an American citizen after long being silenced as a homeless man fighting in the streets.

Speaking with NBC4, Williams explained that completing his civic duty was a significant milestone for him, as it marked the first time he had voted in more than two decades.

“Special is an understatement,” he told the news station. “This is monumental, okay? I’m going to vote for the first time in 25 years.”