During the last two decades, no industry has had a greater impact on the world than technology. It could be said that it all started in Silicon Valley, in California, where a group of entrepreneurs created technology companies that still today continue to lead the rankings of the most influential companies on the planet.

We are talking about Facebook, Google, Ebay, Oracle … In this sense, Mark Zuckerberg, Elon Musk or Eric Schmidt, among others, became key figures in the creation of the technological hub located in the southern part of the San Bay Area. Francisco.

Yet few figures in Silicon Valley were as influential, controversial and controversial as Peter Thiel, the unknown and enigmatic co-founder of PayPal and Palantir Technologies and personal friend of Donald Trump.

Who is hiding behind the first great Facebook investor and dozens of great pioneering technology such as Glovo or LinkedIn?

Peter Thiel was born on October 11, 1967 in Frankfurt (Germany). When he was one year old, he moved with his family to the United States.

Like most great leaders of technology companies, Thiel did not study any career related to science or technology, on the contrary, he was from the other academic branch.

Peter Thiel is one of the founders of PayPal, with Elon Musk.

He studied philosophy at Stanford University, where he worked as the first editor-in-chief of The Stanford Review – a conservative newspaper critical of the political current of the time – and where he obtained a doctorate in law.

In college, Thiel didn’t find what he expected. His classmates only thought about dating girls, getting drunk and smoking. Thiel had only one goal: excellence.

Upon graduation, he published “The Diversity Myth” with David Sacks, a book that criticized the alleged “political correctness” of the American educational system by lowering its admission criteria “on behalf of the diversity”.

Throughout his life, Thiel collected investments, companies, friendships and the occasional controversy that have led him to be one of the most powerful (and feared) figures in Silicon Valley.

These are just some of the data that can be read in the book “The Contrarin: Peter Thiel and Silicon Valley’s Pursuit of Power” (Penguin Random House), the first biography of the businessman written by journalist Max Chafkin, a Bloomberg reporter.

“No one ever delved into Peter Thiel’s life as deep as I have on The Contrarian,” Chafkin said in an interview conducted by The Commonwealth Club.

“The reason I decided to write about Peter Thiel is because he is one of the most important ‘players’ in Silicon Valley of the last two decades. It is true that there are other figures like Elton Musk, Jeff Bezos or Mark Zuckerberg who are also very influential people, but I think that Thiel is really unique and interesting, either because of the type of companies in which he has been involved or because of his ideological influence. Chafkin commented.

In the interview, available on YouTube, Chafkin pointed out that Peter Thiel was and is a very controversial character – and with strong contradictions – from the beginning.

In 1998, Thiel was a promising conservative activist. Before getting involved in the world of technology, Thiel created the conservative newspaper The Stanford Review “to annoy liberal elites. That’s what it was then. “

Then he created PayPal, together with Elon Musk, the successful e-commerce platform. Thanks to this project and his personality, he had a great influence among the great technological leaders of Silicon Valley.

After selling his company to eBay (2002), the transaction that made Thiel a billionaire and allowed him to invest in other tech giants like Facebook – and become even more a millionaire – created the controversial data analytics company Palantir Technologies (2004) .

“Palantir is basically a data mining company and its main client was and is the United States government, among other corporate clients,” explained Chafkin.

The relationship with Donald Trump

“If you asked someone who Peter Thiel was in 2008 they would have said: ‘the most successful fund manager in the world.’ In 2018, the technology entrepreneur wants to become a political actor, and he does it through Trump, “says the author of the biography.

“Thiel sees a very good opportunity in Trump’s candidacy, so he manages to make himself known in other areas outside of technology and become a vocal supporter of the Republican presidential candidate,” concludes Chafkin.

The journalist defines Thiel as a venture capitalist, a successful man, a futurist who turns out to be a homosexual immigrant who supports Trump’s candidacy. A very strange contrast considering the ideological line of the former Republican president.

Peter Thiel (center), with former President Donald Trump and Tim Cook of Apple, in a photo from December 2016. Photo: AP

According to Forbes, their investments include Airbnb and Affirm, which went public last year, as well as Stripe and SpaceX. Thiel, who was the first big investor in Facebook, sold most of his stake in the social network, but he is still on the board of the company.

The entrepreneur moved to Los Angeles from San Francisco in early 2018 after calling Silicon Valley a “one-party state.”

Thiel is also one of the most uncompromising proponents of Bitcoins. In fact, according to Bloomberg, during an interview in Miami organized by the Lincoln Network policy think-tank, the businessman stated that he should have bought more Bitcoin, now that the coin has set a new all-time high above $ 67,000.

Secrets, espionage and the market

In 2004, Thiel and Alexander Karp co-founded Palantir, a company that is dedicated to data analysis. The initial idea of ​​the project was to use economic fraud software to detect terrorist activities.

In fact, one of its first investors was the CIA and other government agencies. It is considered to be one of the most secretive successful companies in Silicon Valley.

Precisely about secrets, Thiel stated in Wired magazine in 2014 that the “singularity”, the “secrets” and the monopoly of the market are the key to the success of startups.

According to Thiel, “every moment in the history of business and the history of technology occurs only once.” Pioneering companies like Google and Facebook nailed it, as their success means they “don’t compete directly with other companies.”

“They have a monopoly in the market with a product that is unique and non-existent in other parts of the world,” said the businessman.

Precisely, Thiel was the first large external investor of Facebook. In 2004, just as the network was starting up, he invested $ 500,000 in exchange for 3% for himself and a position on the board of directors, which he still retains today.

Betting on young and innovative companies is part of Thiel’s DNA, which, through its founding, gives a small number of young entrepreneurs $ 100,000 over two years to skip college and pursue their business dreams, according to Forbes.

“We are drawn to the calming nature of the crowd, to doing things that many other people are doing,” said the entrepreneur at Wired. “This pattern of collectivist behavior is not ideal for starting top-notch businesses,” Thiel warned after publishing Zero to One, the entrepreneur’s latest book.

Clashes with the press

Thiel owns his personal life, as he proved in 2007 when the Gawker news blog published an article claiming he was gay. Thiel sued the online media company until it bankrupted him, despite later admitting he was gay.

A stroke of authority from Thiel that marked him deeply, according to Forbes. The war against Gawker wasn’t just personal. At the same time, he declared war on the left-wing press by comparing the blog to Al Qaeda in 2009.

In 2016, Forbes reported that Thiel had secretly funded a $ 10 million campaign to take Gawker Media out of business. The campaign involved wrestler Hulk Hogan, who sued Gawker after he posted a sex tape of the professional wrestler. The result of the lawsuit against the media was disastrous for the company, which closed its website forever.

This confrontation against the press is reminiscent of the crusade that Trump maintains against the traditional media or that are part of what the former president calls “establishment media.”

Thiel’s friendship with Trump is well known, who during the 2016 presidential campaign showed his explicit support for his candidacy, a movement that alienated him from Silicon Valley.

Despite this, according to Chafkin, at the end of 2017 Thiel stopped having as much contact with Trump and lost a lot of influence. However, unlike others and despite forecasts, he continued to support Trump’s candidacy when he sought his 2020 re-election.

As the co-founder of Linkedin Reid Hoffman narrates in an article in The New Yorker, several entrepreneurs and investors from Silicon Valley, such as Steve Huffman, Yishan Wong (CEOs of Reddit) or Peter Thiel himself decided to seek refuge in New Zealand in case of apocalypse.

The PayPal CEO obtained New Zealand citizenship despite having resided in the country for only 12 days and bought an extension equivalent to lower Manhattan to build bunkers in the event of a global collapse. 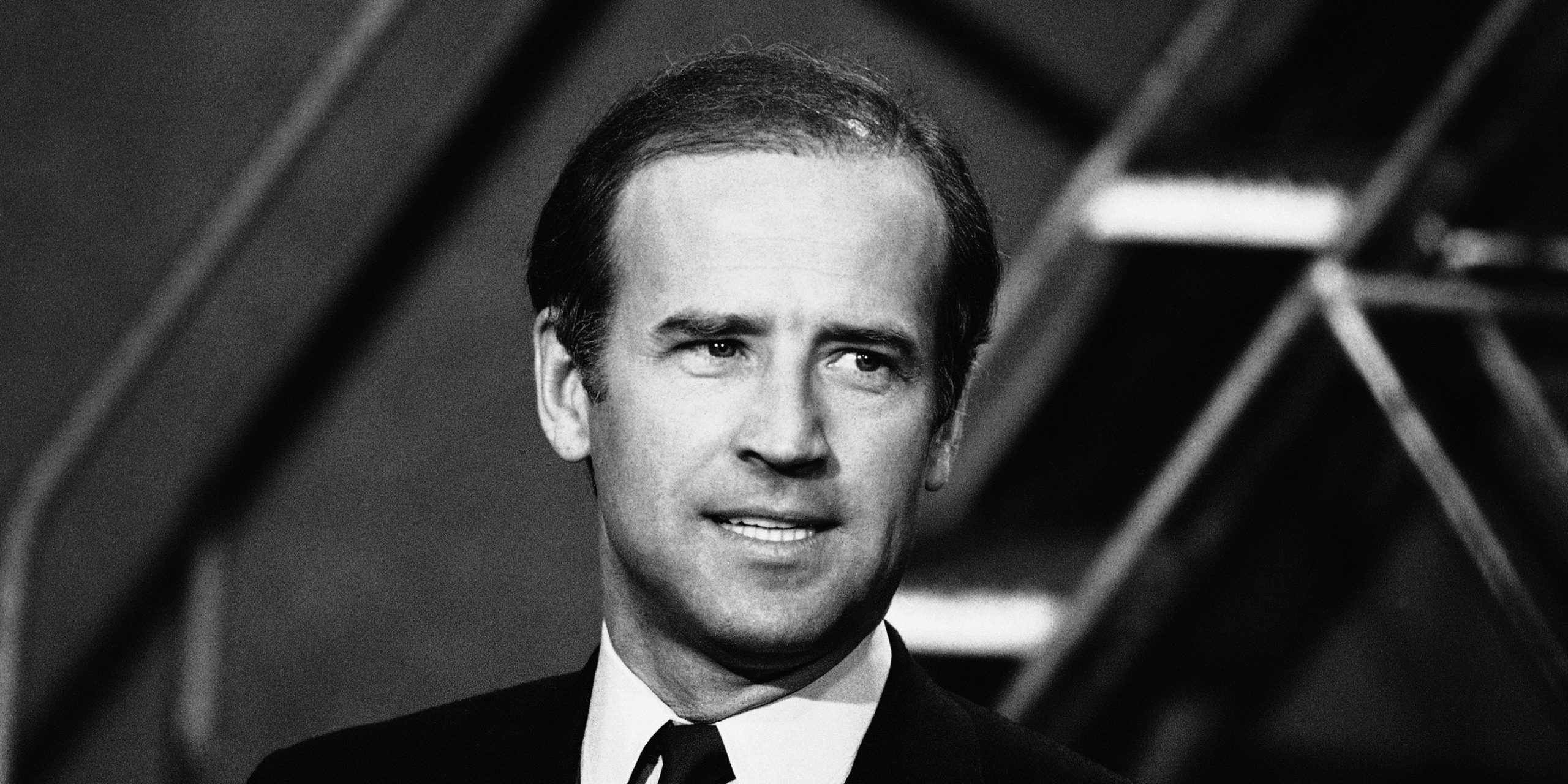 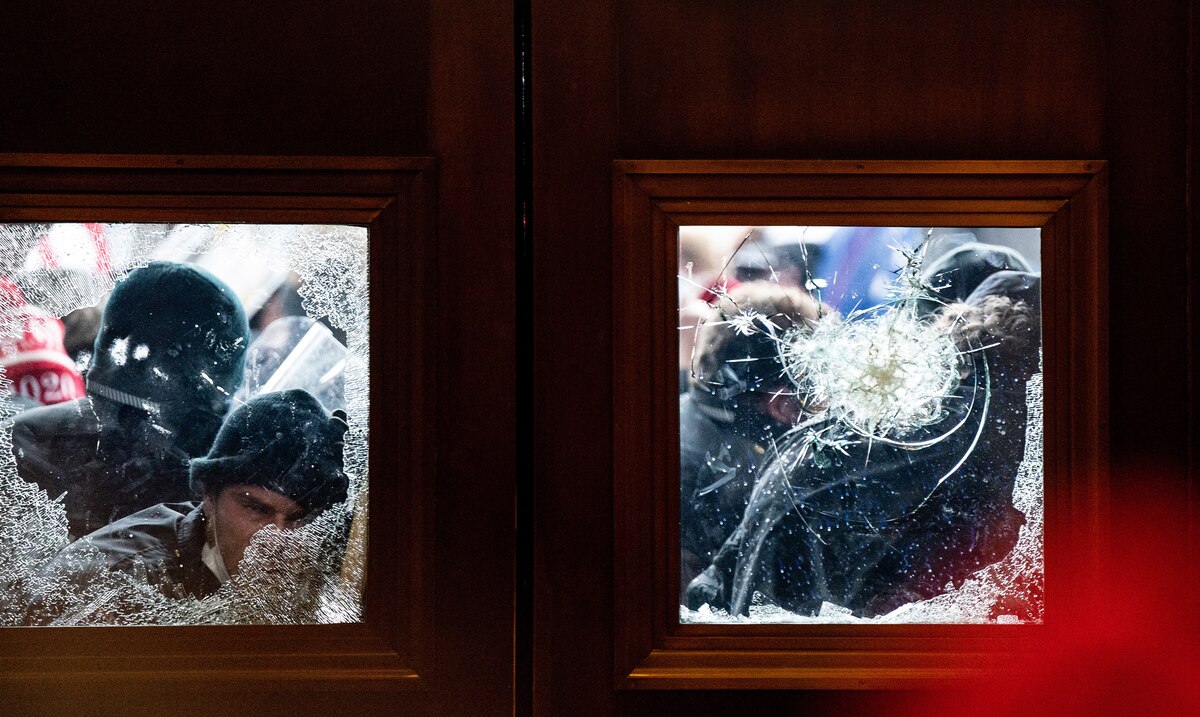 Is Trump In Any Legal Risk From The Incendiary Speech He Made Before The Riots? 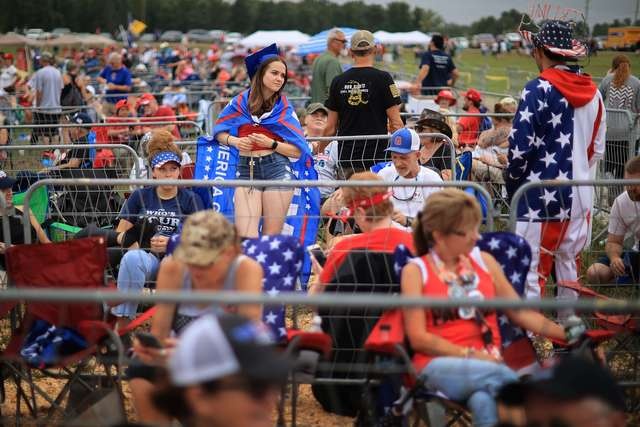