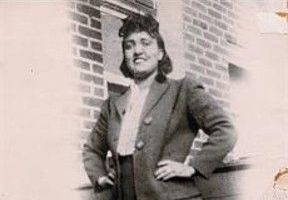 The World Health Organization (WHO) has posthumously awarded its main decoration to the African-American Henrietta Lacks, who died of cervical cancer 70 years ago and whose cells helped in the research of dozens of diseases, including human papilloma ( HPV) and covid-19.

Dr. Tedros Adhanom Ghebreyesus honored the deceased with an award from the WHO Director-General, presenting it to Lawrence Lacks, 87-year-old Henrietta’s son, and regretted that everything was done without her consent or knowledge.

“Henrietta would have been happy to know that her suffering saved others, but the end does not justify the means, they should have asked her permission. With the Lacks award, the WHO recognizes the importance of admitting past scientific injustices, and the need to move forward on racial equality in health and science, “said Tedros at the ceremony.

Henrietta Lacks was a young woman living with her husband and five children near Baltimore (eastern US) when she fell ill. He was diagnosed with cervical cancer at the famous Johns Hopkins Hospital, and despite his treatment, the disease caused his death on October 4, 1951, when he was only 31 years old.

During Henrietta’s treatment, without her knowledge, the researchers took samples of her tumor and thus managed to create the first “immortal” line of cells for experimentation, called HeLa after the initial syllables of the patient. Cells have been artificially reproduced in mass in the last seven decades and it is estimated that some 50 million metric tons of this biological material have been used in 75,000 scientific studies around the world.

In addition to the HPV vaccine, enormous advances have been made with them: the development of the polio vaccine, drugs against AIDS (HIV), leukemia and Parkinson’s disease; advances in reproductive health, such as in vitro fertilization; and conduct research on chromosomal conditions, cancer, and precision medicine.

During the ceremony, Tedros also stressed that women of color continue to be disproportionately affected by cervical cancer today. According to studies conducted in several countries, women of color suffer from cancer in a higher proportion than white women, and that 19 of the 20 countries with the highest rates of disease are in Africa.

The family’s discussions with WHO focused on the Organization’s campaign to eliminate cervical cancer. In 2020, coinciding with the centenary of the birth of Henrietta Lacks, the WHO Global Strategy to Accelerate the Elimination of Cervical Cancer was launched. This campaign marked the first time that all WHO member states collectively decided to end cancer.

Another issue that interests the Lacks family and the WHO is the defense of equity in access to the HPV vaccine, which protects against a number of cancers (including uterine cancer). Supply constraints and high prices prevent adequate doses from reaching girls in low- and middle-income countries.

“It is unacceptable that access to the life-saving HPV vaccine is conditioned by race, ethnicity or place of birth,” said Dr. Princess Nothemba (Nono) Simelela, deputy director general of strategic priorities and special advisor to the CEO.

In honor of Henrietta Lacks

At the ceremony, the WHO not only apologized for the fact that everything was done without the permission of the Lacks family, but for hiding the story for a long time and even that the patient was African American.

“In paying tribute to Henrietta Lacks, WHO highlights the importance of acknowledging past scientific injustices and promoting racial equity in health and science,” said Tedros. “It is also an opportunity to recognize women, particularly women of color, who have made incredible, but often unnoticed, contributions to medical science.”

Following the award presentation, which was also attended by Henrietta’s grandchildren and great-granddaughters, they went to the shores of Lake Geneva where the city’s iconic Jet d’Eau glows blue-green, the color of water awareness. Cervical Cancer, to pay tribute to the legacy of Henrietta Lacks and acknowledge the family’s support of the global campaign to eliminate the disease.