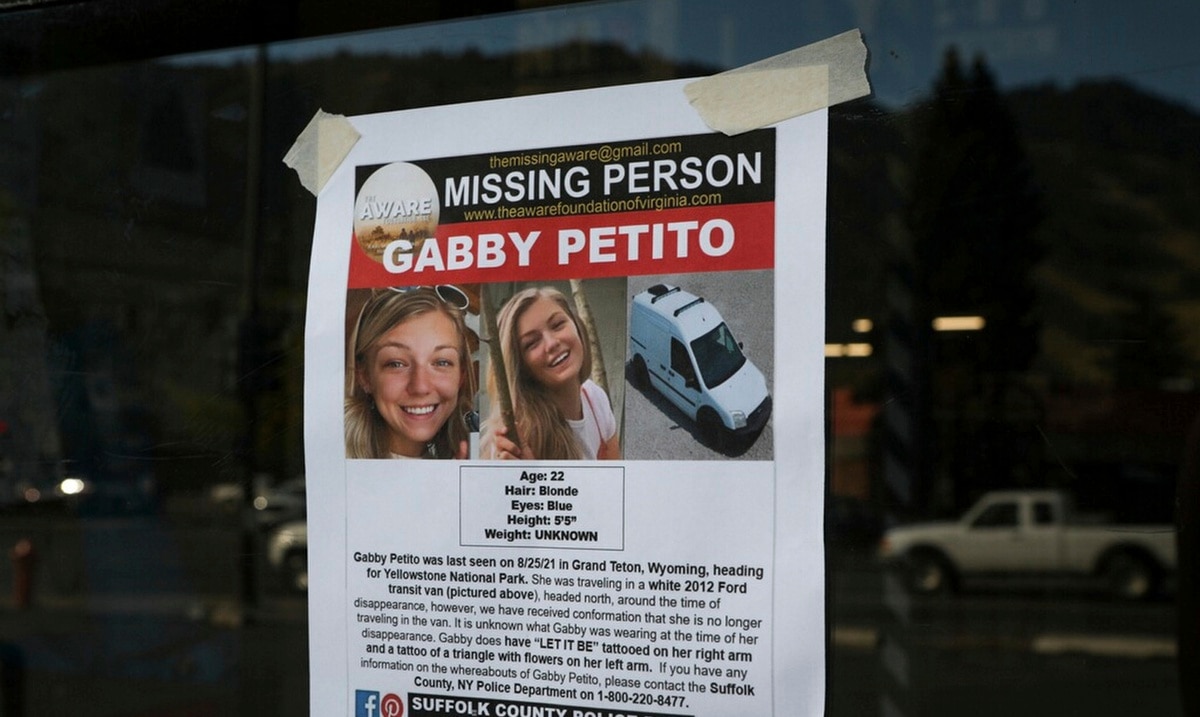 The disappearance and murder of Gabrielle “Gabby” Petito, 22, has shocked the United States by her extensive presence on social media, where she used to share images and videos of her trip around the country with her boyfriend, Brian Laundrie, to whom the federal authorities are looking for due to its possible relationship with the facts.

An autopsy confirmed on Tuesday, September 21, that the body found in the Bridger-Teton National Forest, in Wyoming, is that of the young woman, who had resided in Florida since 2019 with her boyfriend’s family.

Petito’s family reported her disappearance on September 11, after losing communication with her since the end of August.

Who was Gabby Petito?

Petito captured the attention of users on social networks when he began to post videos in a shared account with his boyfriend on YouTube of his trip in a van around the United States. The couple left New York on July 2 for what would be a four-month trip.

In the description of his Instagram account, which has more than 778,000 followers, Petito wrote “traveling the world in our little van.” His last post was on August 25. The latest video on YouTube is dated August 19.

Petito and Laundrie met in their high school years on Long Island, New York. According to family members shared during the search process, Petito is the oldest of six siblings.

The young couple set out on their journey to visit the national parks of the western United States.

Petito shared numerous images on his Instagram during July, but in August he only shared four posts. Laundrie, who authorities have described as her fiancé, also made several posts on his own Instagram account, the latest on August 13.

According to the FBI, Petito’s last communication with his family was on August 30, when he wrote in a text message: “There is no service in Yosemite.” Federal authorities believe that the young woman did not send this message.

Laundrie was last seen on Tuesday, September 14, by family members in Florida.

A video released by authorities shows police officers intervening with the couple on August 12, while they were having an argument near the entrance to Arches National Park, in Utah.

On September 20, agents raided Laundrie’s parents’ residence in North Port, Florida, while continuing to search for the young man who, to date, has not cooperated with authorities.