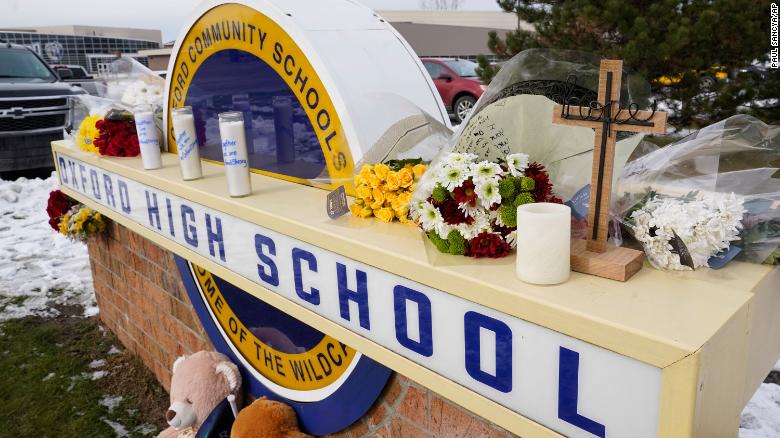 Oxford, Michigan (WAB NEWS) – Ethan Crumbley, charged with killing four fellow students at a Michigan high school, will stand trial as an adult and face charges of first-degree murder, assault with intent to murder and possession of a firearm in the commission of a serious crime.

He will also face one count of terrorism causing death, a rare charge for a school shooting.

The events occurred on Tuesday at Oxford High School when, according to police authorities, the 15-year-old fired in a school hallway, firing more than 30 shots at people and through classroom doors. Three people died Tuesday and another died in a hospital Wednesday.

Why the terrorism charge?

The chief county attorney spoke about the terrorism charge.

Are parents responsible for the Michigan attacker? 6:12

“There is no manual on how to process a school shooting and I honestly wish I hadn’t had to … it didn’t happen and I didn’t have to consider it, but when we sat down, I wanted to make sure all the victims were represented on the charges. that we filed against this individual, “Oakland County Prosecutor Karen McDonald told CNN. “If that’s not terrorism, I don’t know what it is.”

He said there is a lot of digital evidence in the case, like videos and other things on social media.

“But you probably don’t even need to see it to know how scary it is to be around another student shooting and killing other students. I mean, it’s terror.”

“Like all the other children that were in that building, and I consider it regarding the charge of terrorism, we must have an appropriate consequence that speaks for the victims who were not killed or injured but who were also affected, how will they be able to return to the school?”.

This was the shooting, according to the authorities

He said that many students cannot eat or sleep.

“Their parents sleep next to them and we shouldn’t ignore that,” he told CNN. “Obviously, there are four children who were killed and many others injured, but more than 1,000 were also victims.”

At the arraignment against Crumbley on Wednesday, prosecutor Marc Keast said the young man came out of the school bathroom and began shooting. Crumbley walked down the hall at a “methodical pace” and fired more shots.

This continued for another four to five minutes and he went to another bathroom, Keast said. When officers arrived, Crumbley lowered the gun and surrendered, the prosecutor said.

The judge admitted a plea of ​​not guilty, in accordance with the request of his lawyer.

Michigan law defines an act of terrorism as an “willful and deliberate act that is all of the following:”

“An act that would be a violent felony under the laws of this state, whether or not it was committed in this state.

“Act that the person knows or has reason to know is dangerous to human life.

“An act that is intended to intimidate or coerce a civilian population or to influence or affect the conduct of the government or a government unit through intimidation or coercion.”

The criminal complaint against Crumbley refers to the third condition and says that the act was committed against the Oxford High School community.

Cruz was charged with 34 counts of first-degree murder and attempted murder. He did not face terrorism charges. He recently pleaded guilty and is awaiting sentencing.