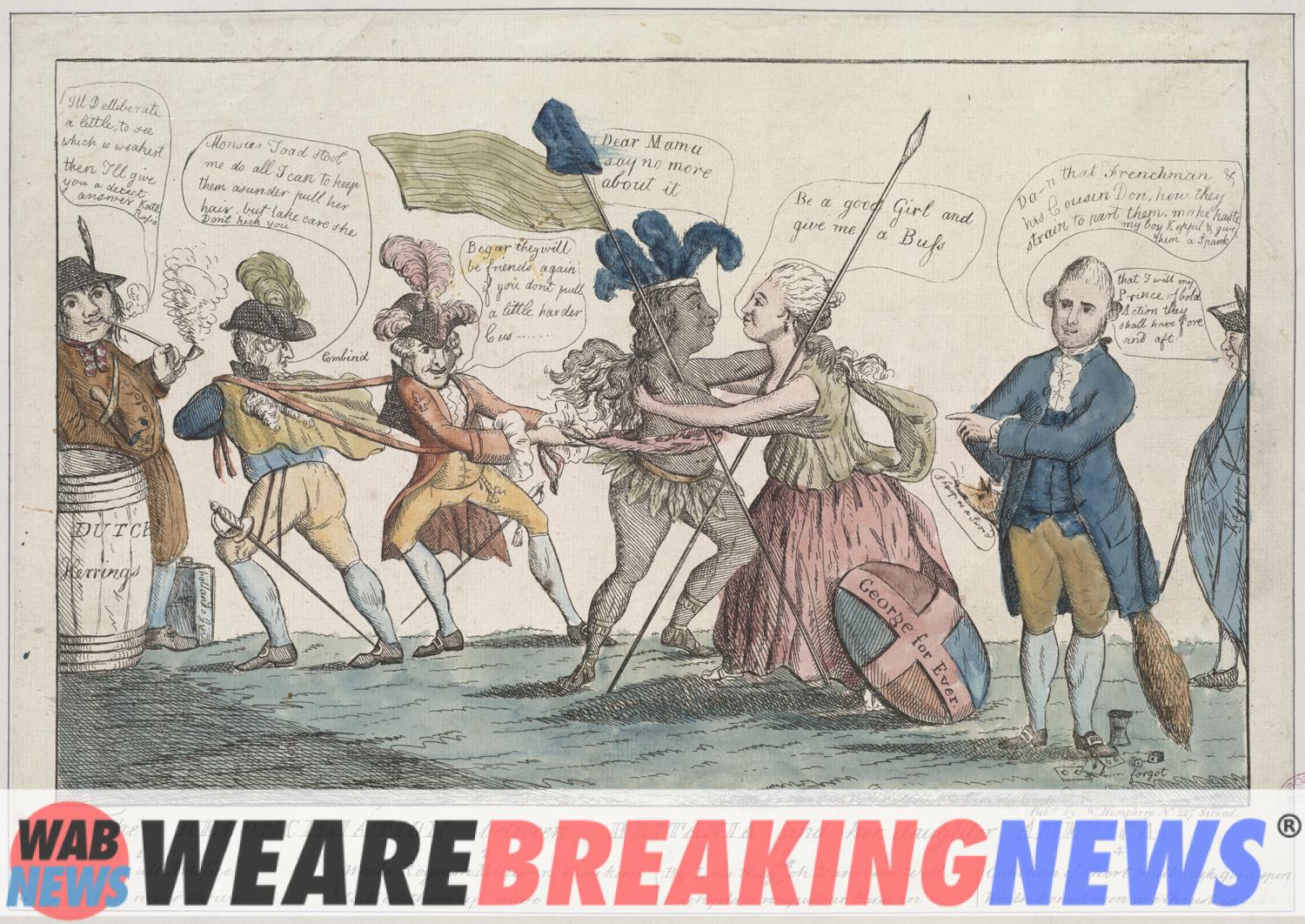 Several gestures loaded with symbology emerged this Tuesday in the center of Bogotá, where the final report commissioned in 2017 was presented to the institutional Truth Commission to try to clarify the roots of more than six decades of violence in Colombia. The place chosen for the event was the Jorge Eliecer Gaitán theater, baptized with the name of a liberal leader assassinated in the middle of the last century. Likewise, the absence of the current president, Iván Duque, who was on a trip to Lisbon, contrasted sharply with the presence of the elected president, Gustavo Petro, who received the document and in turn promised not to turn its content into “ a place of revenge.”

Why Petro won in Colombia: the vote of young people and women, the effect of the pandemic and the collapse of the right

The absence of one, and the applause of a packed theater at the entrance of the other, reflect the gap that exists today in Colombia. In fact, no representative of the current government attended an act presided over by the Jesuit priest Francisco de Roux, head and guide of the report commissioned from 13 commissioners after the peace agreement signed in Havana (Cuba) between the disappeared FARC guerrilla and the Government of Juan Manuel Santos in September 2016.

The final report, divided into ten chapters, is based on 27,500 stories from victims and actors of the war. Indigenous peoples, blacks, peasants, intellectuals, but also members of the army, former presidents and politicians and businessmen who contributed their stories and memories of a violence that, despite continuing to exist, has been reduced to much smaller scales. “Why do we let this dismemberment of ourselves go by?” asked the 78-year-old Jesuit, a kind of spiritual authority in Colombia.

“Why didn’t the country stop to demand that the guerrillas and the State stop the political war early and negotiate a comprehensive peace?” continued the priest, who has spent decades fighting for the reconciliation of the country. Without going into details, he reviewed the atrocities of paramilitaries, army soldiers, guerrillas and drug traffickers. Tragedies that raged and left the worst scars on the weakest actors in the population. According to the investigation, which has no judicial validity, 80% of the 450,000 victims killed between 1985 and 2018 were non-combatant civilians (the figure could rise to 800,000, if estimates based on underreporting are taken into account).

More than a single truth, the Commission bequeaths to society a frieze with hundreds of thousands of individual experiences. Stories of a society that was almost broken by the violence that intensified between 1996 and 2008, the hardest years of the guerrilla escalation, paramilitary massacres and drug trafficking. Times in which the military criminal justice tried to cover up human rights violations “as a mechanism of impunity for decades.”

There were even members of the Prosecutor’s Office and the Technical Investigation Corps (CTI) who, according to the work of the commission, collaborated with false judicial evidence and added other fraudulent ones to help the “legalization of corpses” in collusion with paramilitary squads. If we add to this the fact that the report recognizes the way in which drug trafficking permeated a good part of the institutions and the economy, the conclusion, as a human rights defender assured at the entrance to the event, could not be other than “pain, to recognize ourselves in pain”

Doctor Saúl Franco, 77, was one of the commissioners in charge of unraveling this tragedy of more than half a century for the last three years and seven months. In a Twitter forum, he assured that “the great novelty is the reconstruction of the history of the conflict through so many voices with the sole objective of understanding why what happened happened.” “If we are able to let go of our prejudices and assimilate the results, there may be a new dawn in Colombia. With equity and with peace,” he added.

Opposition to the report

As the hours passed, however, the harsh reality of a fragmented society broke out again in the statements of members of the radical right who have opposed the Havana process since the days of the Santos administration. “The report of the Truth Commission is a disgrace to the Public Force,” radical congresswoman from the Democratic Center María Fernanda Cabal said on the RCN radio network.

The policy referred to the revelations surrounding the murders of poor young people by the army who were later presented as guerrilla casualties to obtain permits and decorations. These crimes, mislabeled “false positives”, were carried out during the years of the government of former President Álvaro Uribe (2002-2010).

“There was no written order, but the feeling (of the military) was to be doing what the institution wanted,” said de Roux this Tuesday at the Jorge Eliecer Gaitán theater. And he continued: “This was persistent corporate behavior. State officials violated the law and presented what was perverse as a victory.” More than one soldier has confessed before the court of Special Justice for Peace (JEP), another transitional body resulting from the agreements, that the fever to show military results led them to commit these war crimes.

The conservative politician Enrique Gómez Hurtado reflected in statements for the magazine Week the anger that a part of the country feels today with the 900-page report: “It is the final phase of the democratic scheme that with so much effort (…) the public force defended from the communist attack.”

According to the final report, between 1978 and 2016 there were 6,402 victims of extrajudicial executions. 78% of those records happened between 2002 and 2008, the years of Uribe and his Defense Minister Juan Manuel Santos, later awarded the Nobel Peace Prize. Uribe’s Democratic Center party reacted to the study’s conclusions with a statement stating that they do not consider it “appropriate to establish definitive or dogmatic truths about the conflict and its actors.”

An important sector of the Colombian population disbelieves almost all the achievements that have been achieved after the demobilization of the largest and most powerful guerrilla that there has been in Colombia, the FARC. The fierce opposition was evident in a plebiscite that President Santos promoted to endorse the peace agreements in October 2016. The “no” then won with 50.2% of the votes, compared to 49.7% of the “yes”. ”, forcing Santos to modify the text and approve the treaty through other legal channels.

Since then, the Government of Iván Duque, and the ‘Uribista’ bench in Congress, have been dedicated to postponing or cornering the development of the points agreed with the extinct FARC. They have always argued that these are agreements that lead to impunity and that they are harmful to democracy and the morale of the armed forces.

The attempts to find a balance between the two visions of reality and break mistrust have not worked either. Retired officer Carlos Guillermo Ospina, the only representative of the military within the Truth Commission, for example, resigned from his position a couple of months ago on the grounds that the entity’s work was used in a limited way to focus responsibility on the state.

In this context, the figure of Francisco de Roux has served for a reconciliation exercise supported by the United Nations and the European Union. In fact, during the ceremony on Tuesday, Michelle Bachelet, the United Nations High Commissioner for Human Rights, intervened, leaving a message broadcast from Geneva: “Without truth, reconciliation is not possible. Without reconciliation, the risk of repetition remains real. My office will review with great interest the detailed content of the report presented today.”

Meanwhile, President-elect Gustavo Petro, who has promised to give a boost to the peace process, said that “the approach to the truth cannot be considered as a space for revenge, an extension of the same weapons turned words, turned stories, narratives of so many people who built this report. It has to be seen as the contribution of one of the peace institutions, as the possibility of reconciliation”.

The Truth Commission ends its mission in August. The roadmap indicates that another entity will be born whose mission will be to verify, for seven years, the implementation of the recommendations. The first step, according to the document, will be to recognize the victims of the armed conflict “in their pain, dignity and resistance.” Likewise, he suggests resuming dialogue with the still active Castro guerrilla of the ELN.

From the seats of the auditorium in the center of Bogotá, harangues were heard from social defenders and leftist political leaders who claimed responsibility for past episodes of violence or attacks against the environment. Petro, in a calm and conciliatory tone, recalled at the end some lines of the speech La Soledad de América Latina, delivered by Gabriel García Márquez in his acceptance of the Nobel Prize for Literature in 1982.

A calculated political and literary intervention with which he sought to make it clear that in his presidency the commitment will be focused on the victims of barbarism: “A new and devastating utopia of life, where no one can decide for others even the way to die, where love is truly true and happiness is possible, and where the lineages condemned to a hundred years of solitude have finally and forever a second chance on earth”.