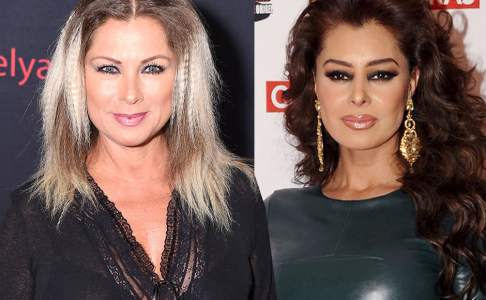 Yadhira Carillo reacted to the refusal of Leticia Calderón, who made it clear that she will not allow her children in common with her ex-husband, Juan Collado, to visit him at the prison where he is accused of money laundering in Mexico.

The novel actress "Esmeralda" mentioned that the decision not to take her children, Luisiano and Carlo, to visit him in jail was taken with Collado, since both agreed that the prison is not a suitable place for minors.

"No, I will not go and my children either. Because no, that's how I talked to Juan and we decided not to, at first I insisted on seeing him and then he gave me time to think better, and no, it's something I don't want my children to are exposed (…) I know that this will affect them and we do not have to expose them, and I already talked to him (Juan) and he completely agrees, "he said in an interview with the program" Everything for women "by Maxine Woodside.

In a recent interview with Awake America (Univision), Yadhira Carrillo, the current wife of the lawyer, responded to Calderón's refusal to let his children visit his father in prison, noting that Collado misses them very much.

Yadhira highlighted the close relationship that Collado had with his offspring before falling into prison since July.

"He always took the children to school, Juan misses his children very much and wants to see them." But he added that he respects Calderon's decision. "I respect her, we respect her absolutely as always, she is right. We are with her, ”he said before the cameras on his way out of the North Reclusorio where Collado is located.

Indirect from Calderón to Carrillo

Mexican media have highlighted the statements given by Calderón last week, when the actress said she is not worried that the Andorra authorities have seized her ex-husband for approximately $ 83 million.

“I was never with him for his money, he lived in my house for eight years, he already met me with my house in Cuernavaca, with my cars, I was already traveling, I was already famous. I just needed a man to add to my happiness, not to give me a name or a surname, or a house, or a place in society, with all due respect, ”said the actress according to statements collected by the portal Who .

Many see these statements as a lunge to Yadhira, who a few weeks ago confessed that he had trouble feeding the 50 street dogs he adopted.